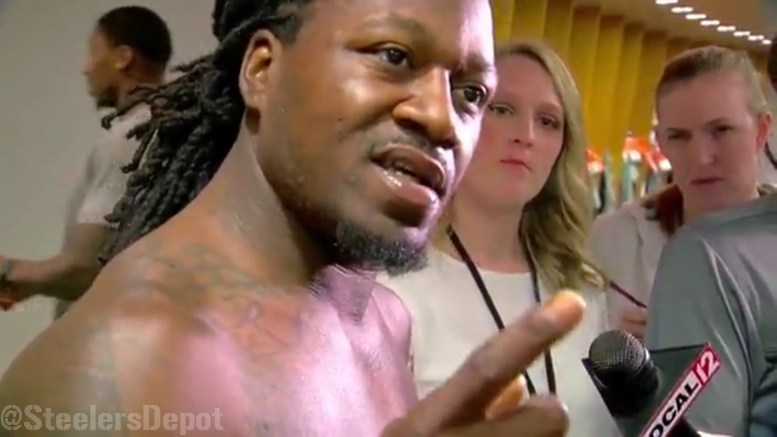 2017 has not been the Year of the Pacman. Cincinnati Bengals cornerback Adam Jones was arrested on the third day of the year following an altercation at a downtown destination in Cincinnati. He was said to have been banging on doors and pushed a security officer, prompting him to be arrested for disorderly conduct, assault, and obstructing official business.

He has had a charge or two dropped, but is still facing others. He did get the support of his owner, Mike Brown, in recent weeks, which would seem to have assured that he will maintain his roster spot barring something unforeseen, but he could still face league discipline.

Jones checked into alcohol and anger management treatment toward the end of January as part of his process to minimize his punishment, but, unfortunately for himself and for the Bengals, his first real opportunity to test his newly-managed anger did not go over so well.

Yesterday was the first day that Bengals players reported for training during phase one of the offseason program, and he fielded questions from the media. Reportedly, according to the Dayton Daily News, Jones told reporters that he would not talk about court beforehand.

Toward the end of the interview, one reporter asked Jones if he felt that he had to show anything to the fans in order for them to welcome him back after upsetting a lot of people—a reasonable question if you look at the responses to anything he says on Twitter, as there are heavily mixed reactions from Bengals fans.

The 33-year-old did not take well to the question, however, snapping back at the reporter and asking, “didn’t I tell you don’t ask me that?”. He then pointed over the reporter’s shoulder and told him that he was “out the interview”, telling him to “turn around” and “go back that way”, saying that “that’s his last interview of the year”.

At that point, Head Coach Marvin Lewis entered the locker room and intervened, taking Jones aside to talk to him and presumably to calm him down. As the article points out, his outburst came after saying earlier in the interview that his job as a veteran was to lead by example.

Jones may play for a rival team, but I truly wish that he could actually get himself right and take greater responsibility. It’s a shame to have to continue to write articles of this manner. Perhaps more anger management classes will help, though that seems unlikely. The team had no official response to the incident.