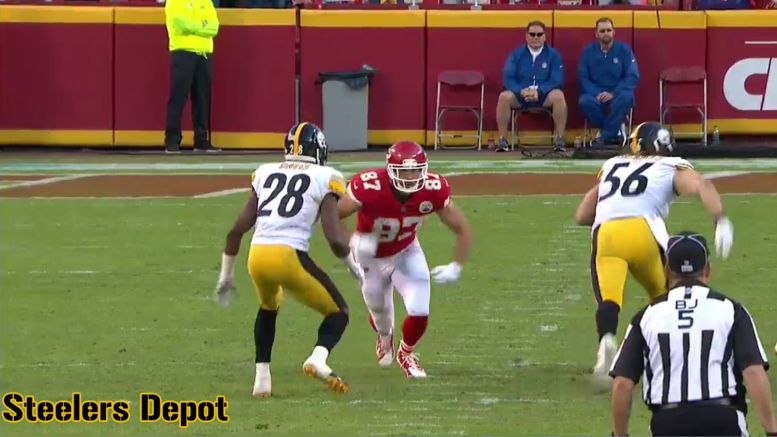 One really interesting nugget of info to come out of Steelers minicamp yesterday. If you’ve been clamoring about playing more man coverage, you might have gotten your wish. According to Vince Williams, the Steelers are playing A LOT more of it already.

That’s what he told PennLive’s Jacob Klinger, who got this quote from Williams.

“It used to be a ton of matchup man zone, now it’s more like 50-50,” he told Klinger, comparing matchup zone to “true” man coverage.

The decision appears to be two-fold. One, “pure” man is simpler than matchup zone/pattern matching. That will cut down on the potential for miscommunication, an issue that plagued the defense right out of the playoffs a year ago.

“Obviously that’s something that [DB coach Tom Bradley] and Mike T and the rest of the defensive staff have talked about and incorporated and are running more of. Because man is simple,” Cam Sutton said in the article.

Bradley is being credited as a catalyst for the switch, saying shortly after being hired he preferred running man though was stuck playing mostly zone in college. It seems Tomlin and Keith Butler agree with the shift in philosophy.

“So we’ll do a lot of different things, but I guess the way the game is kind of going now, I think as good as a lot of them are, I probably would be a man-guy,” Bradley told the team site back in early April.

The other element is simply having more talent. More man coverage capable players as the team has stocked up on talent in the secondary, completely changing the room from only a couple years ago. Man coverage better suits guys like Joe Haden and Artie Burns while the new additions at safety can hopefully thrive there, too.

Two years ago, the Steelers played the second-most zone snaps. Last year, they led the league. As much as the team has talked about *this* being the year they play more man, we’re finally beginning to see it happen.