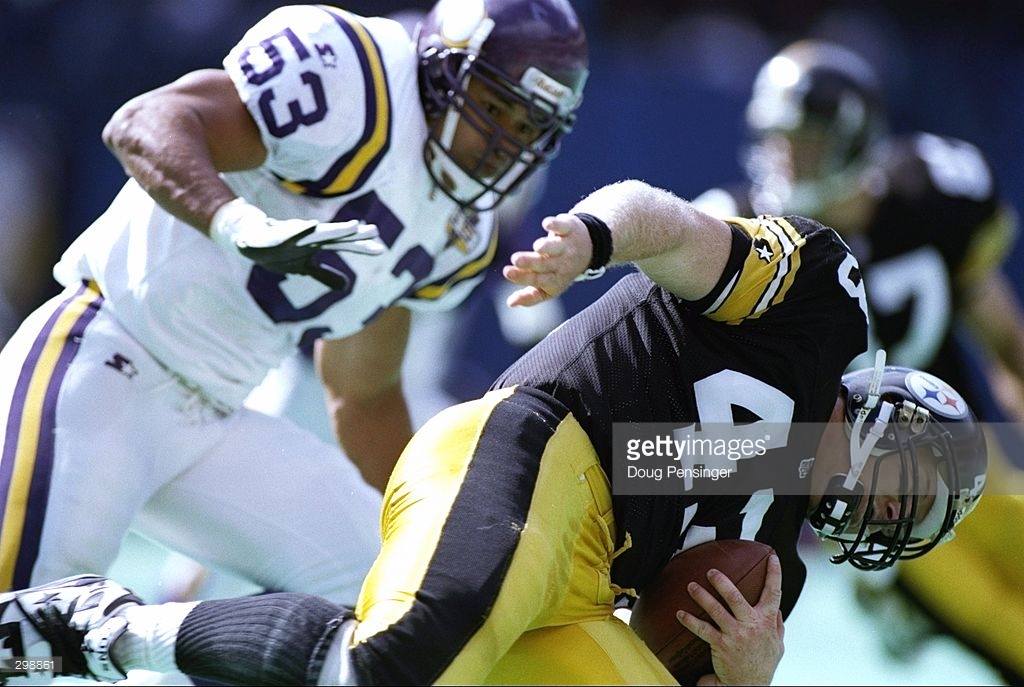 This one comes via reader request, courtesy of Tim Collins, who wanted us to revive Steve Avery’s name. Avery did a little more than the other names we’ve discussed on this list, a whopping three career carries and 12 receptions, but only once did he sniff the end zone.

That came in 1995, his third and final year in Pittsburgh after coming over from Green Bay, not to mention a stint with the World Football League’s Birmingham Fire.

His score came against the expansion league Jacksonville Jaguars, coming off their first ever victory the year prior after a sluggish 0-4 start. Tom Coughlin the coach, Mark Brunell the QB, all the nostalgia you could ever ask for. Jacksonville raced out to a 14-0 lead before the Steelers got on the first thanks to Avery.

And thanks to Tim, who sent us a Youtube clip of the play. I don’t know why he has the clip or how he got it but hey, I’m happy he does. Obscure Steelers’ videos is my definition of a good time.

Avery takes the checkdown from Neil O’Donnell and does the rest, breaking two tackles, staying in bounds, and crossing the goal line. An 18 yard touchdown. Follow that up with a hearty spike and a (failed?) attempt at a Lambeau Leap? Or the most aggressive high-five I’ve ever seen.

Pittsburgh would ultimately lose the game 20-16 and drop to 3-3 on the year. A defeat the following week to Cincinnati finally woke the team up, the Cowher-led bunch victors in their next eight to capture the AFC Central crown. Ultimately, they’d fall in the Super Bowl to Dallas.

This Jags game was the high point of Avery’s career, catching five passes for 44 yards and that score. He’d catch just two more the rest of the season. But with that trip to the end zone, he can say he’s part of the 209-member club of Steelers who have caught a TD pass.

One last totally random Steelers fact for ya. The Steeler with the most receptions without a touchdown catch? Running back Frank Pollard, who caught 104 of them from 1980 to 1988.