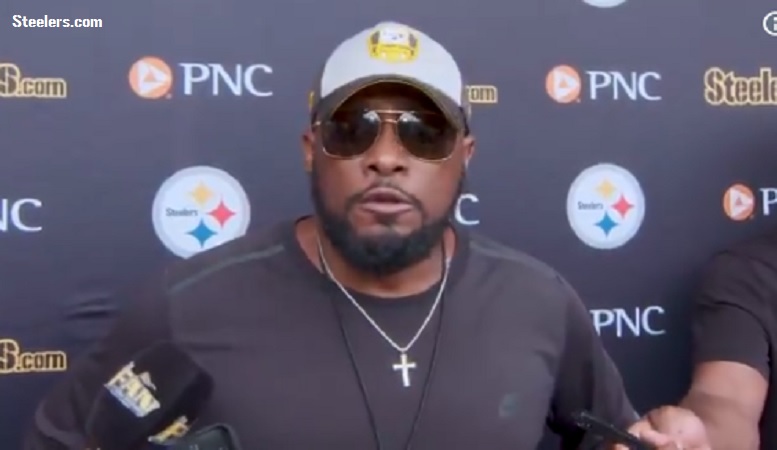 The offseason is training not just for the players, but for the coaches as well. This is something that Keith Butler talked about early on this offseason after the draft. Coaches are as much on a constant job interview as players are—even if the Pittsburgh Steelers have a better retention record with coaches than just about any other team.

And part of evaluating coaches—and for coaches to train—is to practice plays in multiple ways. Many of the offseason scrimmage practices are in scripted drills, where the play being run is known in advance, but Mike Tomlin talked about getting in work on play-calling in other scenarios during minicamp.

“We script situations that not only prepare our players but prepare out coaches”, he told reporters. “Two-minute things are unscripted and called on the fly. A lot of what we do this time of year is called on the fly with that in mind”.

That is especially valuable this offseason in breaking in Randy Fichtner as the new play-caller for the offense after serving for the past decade-plus as the team’s wide receivers coach, and then quarterbacks coach, the latter title he still possesses.

Butler is still relatively new to the coordinator position as well, entering his fourth season as defensive coordinator after spending many years as the Steelers’ linebackers coach. There is no reason to believe that he is fully matured as a coach. He is still very much learning as he goes.

Lauren Kirschman also made an interesting note of something that Vince Williams said. The inside linebacker told that while the linebackers and defensive backs have in previous years gone through walkthroughs of plays prior to team drills, he said that they have gone about doing it slower and more methodically with an aim toward strengthening and simplifying communications.

One of the less talked about aspects of good communication on the field is actually rather simple, and that is a matter of the play-caller being able to get a play out onto the field in a timely manner, which allows his signal-caller the time to set the defense around him in a more controlled manner.

At the end of the day, it all works hand-in-hand. As the play-caller grows, so too does the entire unit in terms of its ability to function as a collective rather than as a group of individuals. Communication was one of the biggest concerns for the defense a year ago.

It will also be crucial for the offense, considering there is a new play-caller, even if he has a strong relationship with quarterback Ben Roethlisberger. But there are also several young wide receivers and running backs, a running back who won’t be around during the summer, and a tight end in his first offseason as well.