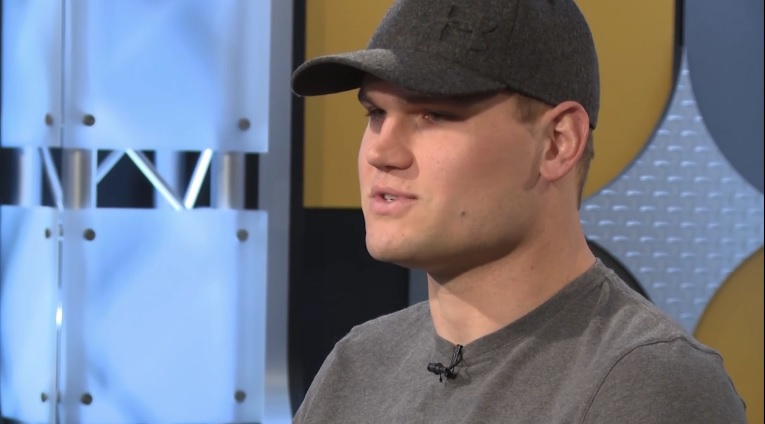 Players missing offseason practices due to minor injuries certainly isn’t unusual. With that said, you certainly don’t like to hear about a player with an injury history missing practice time due to any kind of ailment even if it is considered minor in nature.

On Wednesday, it was clear that Pittsburgh Steelers tight end Vance McDonald (undisclosed) missed the team’s mandatory minicamp practice earlier in the day as head coach Mike Tomlin was asked after the session ended why the player spent the afternoon in sweats.

“I don’t have any injury information. It’s not the time for that, guys,” Tomlin said of McDonald’s Wednesday status.

Big things are expected out of McDonald in 2018, his second season in Pittsburgh. That is, of course, if he’s able to stay on the field for all 16 regular season games, something he’s failed to do yet in his first five years in the NFL.

Last season, McDonald, who was acquired via a trade with the San Francisco 49ers just prior to the start of the 2017 regular season, missed six full games and parts of a few others due to various injuries. After missing the Steelers Week 2 game with a back injury, McDonald went on to miss the team’s Week 8 game with a knee injury. After returning the following week, McDonald then suffered an ankle injury in Week 10 and that resulted in him missing the next three games. If that wasn’t enough, a shoulder injury prevented McDonald from playing in the Steelers Week 15 game against the New England Patriots.

Prior to him arriving in Pittsburgh via a trade, McDonald missed a total of five regular season games in 2016 as a member of the 49ers. Two of those games missed were because of a hip injury while the final three games of the regular season were missed because of a shoulder injury. During the 2015 season with the 49ers, McDonald missed two games due to injuries and in 2014 he missed eight games due to injuries to his knee, hip and back. A minor ankle injury also cost McDonald one game during his rookie 2013 season.

The Steelers will wrap up their 2018 mandatory minicamp on Thursday and it will be interesting to see of McDonald is allowed to participate in the final practice. I’m very bullish when it comes to the kind of season I expect McDonald to have in 2018. However, if he misses more games this season due to injuries, the Steelers offense surely will miss him and if that’s ultimately the case, we likely won’t have to worry about him past the 2018 season.