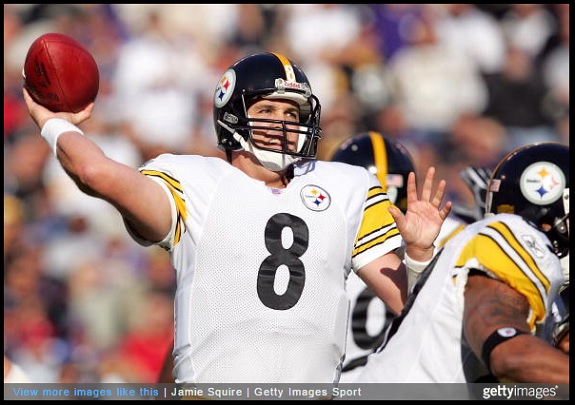 In the criticism of Ben Roethlisberger for his comments made about Mason Rudolph, some pointed to Big Ben’s praise of Tommy Maddox’s help when Roethlisberger was a rookie. Back then, Roethlisberger thanked Maddox for mentoring him and helping him get over the hurdles of being a rookie quarterback in the NFL, especially one who played on a Super Bowl winner so early in his career.

ESPN’s Jeremy Fowler tracked Maddox down earlier this afternoon to get his thoughts on the situation. Maddox seemed to defend Roethlisberger and understood the position he’s in.

“I think Ben will treat him with respect,” Maddox told ESPN and Fowler. “His No. 1 goal is to get ready to play and help the team be successful.”

Maddox reiterated what Roethlisberger said on his radio show last week, noting that the starting quarterback’s priority is to get himself ready to win each game.

“I don’t think it’s a situation where Ben owes it or that’s his job or whatever,” Maddox went on to say. “But it is his job as a leader of the team to lead the team and make sure there’s no distractions and stuff like that. Stuff like that falls into two separate categories.”

Roethlisberger was blunt about the team’s decision to draft Rudolph in the third round, surprised at the selection after he committed to the Steelers and told the front office he hoped to play for another five years. He also openly wondered if drafting Rudolph was admitting that the team screwed up selecting Josh Dobbs, taken in the fourth round a year ago. Both valid points but statements that obviously kicked up a storm of comments from local and national media.

“He was a little cocky and a little brash and very confident in himself. In the end that personality is what made him successful.”

Rudolph, to his credit, has seemed to take it all in stride, agreeing that Roethlisberger doesn’t owe anything to a rookie and that he can – and will – learn by watching #7 prepare. He’s said all the right things and attacked the situation with confidence and enthusiasm, clearly playing with a chip on his shoulder after falling later in the draft than probably most expected.

In reality, it’s all probably much ado about nothing. Roethlisberger and Rudolph will probably never become BFFs but it’s unlikely the situation turns hostile when the team begins the regular season and everyone is focused on a common goal – winning the Super Bowl.