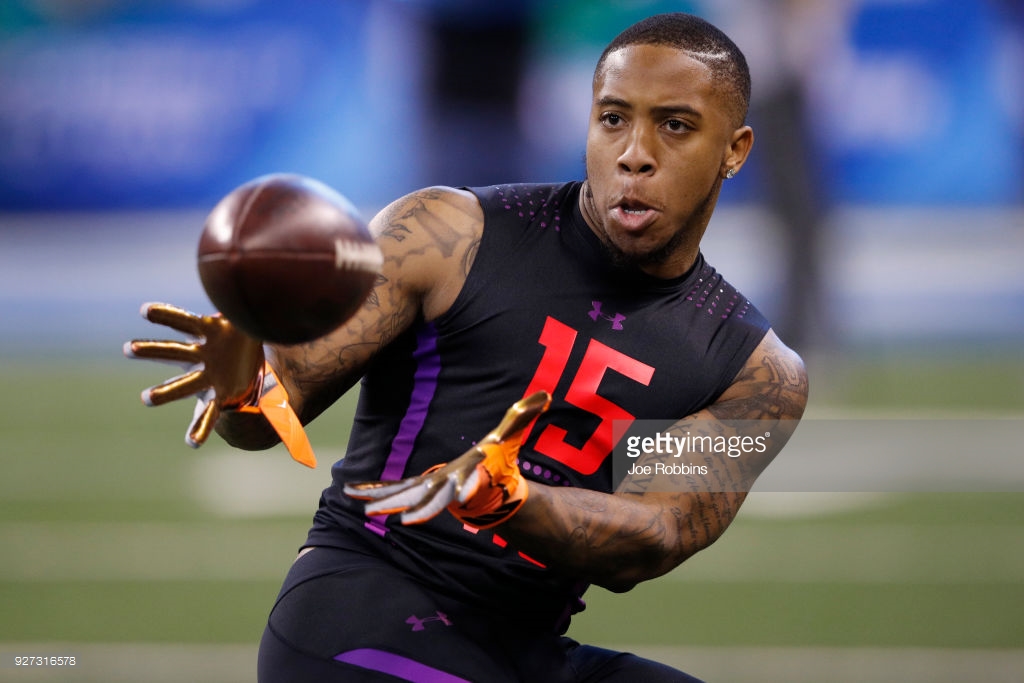 Pittsburgh Steelers rookie wide receiver Quadree Henderson had quite a college career at the University of Pittsburgh as a punt and kickoff returner as he amassed a total of 2,415 return yards and 7 touchdowns via a combined 110 opportunities over the course of three seasons. That return resume obviously caught the attention of the Steelers as they signed Henderson almost immediately after he went undrafted a few weekends ago.

“They called me before the draft was even over,” Henderson told the Pittsburgh Post-Gazette on Friday following the Steelers first rookie minicamp practice of 2018. “I talked to the special teams coach and he said, ‘We need a guy like you.’ And it was good to come back home, right back up the PA turnpike. I know the city really well, see my coaches everyday, so I’m back to being a hometown hero.”

While Henderson might still be considered a hometown hero by fans of the Pittsburgh Panthers, he certainly has his work cut out for him if he’s to become a hometown hero to Steelers fans as well. While he hopes to show the Steelers that he can carry over his fantastic college return man skills during the remainder of the offseason, the 5-8, 192-pound Henderson, who ran a 4.50-second 40-yard-dash at this year’s scouting combine, knows that he’ll also likely need to show the Pittsburgh coaches that he can make it in the NFL as a pass catcher as well.

“When I talked to coach [Mike] Tomlin after our pro day, he said, ‘If we do business, we’re gonna mainly work on receiving. We know what you can do in the return game,'” Henderson said on Friday. “That’s why I’m just out here trying to perfect my craft at receiver, so I can make that 53-man roster and make impact plays during the season.”

Henderson certainly doesn’t have a huge college resume when it comes to him producing as a wide receiver as he only caught 45 passes for 473 yards and a touchdown in the 34 games that he played in over the course of three seasons. 43 of those 45 receptions came in the last two seasons although he did have 96 rushing attempts for another 882 yards and 5 touchdowns during that same span of time. Additionally, 157 of Henderson’s career college receiving yardage came via four receptions of which one was 74 yards.

The fact that Henderson went undrafted this year and combined with him currently being the shortest player on the Steelers roster, it’s easy to understand why he might have a huge chip on his shoulder right now along with the desire to prove quite a few of his doubters wrong.

“It does fuel me even more,” Henderson said on Friday. “A lot of teams overlooked me and that’s why I’m glad I got picked up by the Steelers. All 31 teams get to see what they missed out on come August-September.”

You can watch Henderson’s full Friday interview with the PPG below: