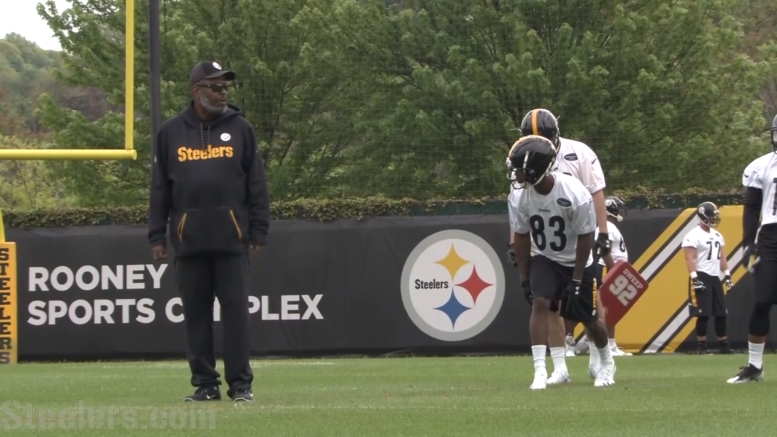 For the fourth straight season, the Pittsburgh Steelers have signed at least a pair of tryout players from their rookie minicamp. While that’s not uncommon around the league, it again proves the team philosophy that background doesn’t matter. One player they signed, Damoun Patterson, comes from FCS Youngstown State after bouncing around multiple schools. The other, R.J. Prince came from a much bigger school, North Carolina, where he spent his entire college career.

Of course, they’re still long shots. But both have taken their first step to making an NFL team, getting on the 90 man roster and likely carried into training camp. That’s how Terence Garvin began a long NFL career. That’s how Marcus Tucker, one of the focal points of this minicamp, began in 2015.

Whether it’s Tucker, Patterson, Prince, or anyone else, the backstory is irrelevant now. They’re all Steelers, all with an opportunity to stick on the roster. Pittsburgh, and I don’t know if they do it better than other teams, throw the pedigree out the window once a player gets here.

Take Colin Holba last year. A sixth round pick on a long snapper? Throw Tomlin in the looney bin. But most assumed he was a lack to become the starter. Instead, Kameron Canaday – utterly unknown – beat him out. And he proved it was a good decision after a steady regular season.

Then there’s Mike Hilton, a futures contract no one gave a second though about when he signed with the team late in 2016. By Week 2, he was the full-time starting corner, passing up long-term vet William Gay, the last member of Tomlin’s inaugural rookie class.

You can go down the list of names. B.J. Finney, Ramon Foster, Chris Hubbard, and Alejandro Villanueva, all off the radar when their football careers began and that’s just the offensive line.

Will Patterson or Prince be that next type of player? The odds aren’t likely. But you never know what’s going to happen, the same could be said for all the players I just listed, and their future is now squarely in their hands, based off their performance. The way it should be.