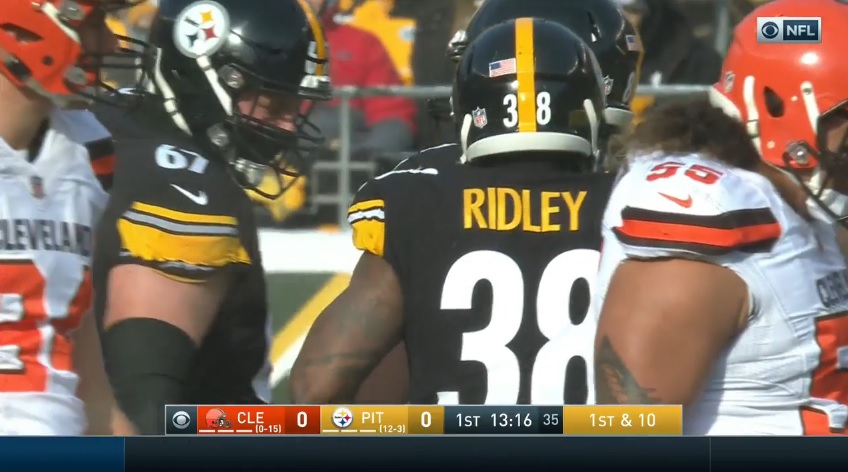 I’m not quite sure what the delay was, but either way, I am happy to see that running back Stevan Ridley has found his way back into Pittsburgh. While it is possible that he was considering other offers, the fact that he was available to be picked up off the street in mid-December last season for the Pittsburgh Steelers would indicate that being unlikely.

With the team reportedly having expressed interest in veteran running back Alfred Blue, it’s possible that the Steelers were exploring their options on the veteran market for depth, as this sort of reserve help tends to be had cheap. Maybe they waited for Ridley to accept a veteran-minimum offer.

Regardless of the circumstances that have brought him back, Ridley’s return to Pittsburgh means…well, in truth it doesn’t really mean anything other than the fact that they now have five running backs on their 90-man roster.

Prior to his signing, the only running backs on the roster, excepting Le’Veon Bell and his unsigned franchise tag, were Toussaint, second-year back James Conner, who is recovering from a torn MCL, and a Reserve/Future signing by the name of James Summers. Even Terrell Watson is gone.

But if we seriously look at this list of names above, it might not be out of reason to argue that Ridley is the most talented behind Bell, notwithstanding the fact that he spent most of the 2017 season unemployed.

The fact that the Steelers did decide to re-sign him, regardless of whether or not there was a delay in doing so, does indicate that they liked what they saw out of him during his very brief stay in Pittsburgh, which saw a prominent role as the primary ballcarrier in the regular season finale.

Ridley does have a bit of a fan club because of his performance against the Cleveland Browns, and he did show some promising explosiveness. His presence as a veteran who has worked extensively in the passing game as both receiver and protector is another feather in his cap.

It’s worth remembering, however, that the battle for the third running back spot last season was presumed to be between Toussaint and Knile Davis, and neither of them ended up getting it. That went to Watson instead.

It’s safe to assume that, barring something that just isn’t going to happen, Bell and Conner are going to be on the roster. Who will be the other back? Is Ridley the favorite? Perhaps. But if they do decide to draft another running back, that would speak volumes about how they feel about their depth.