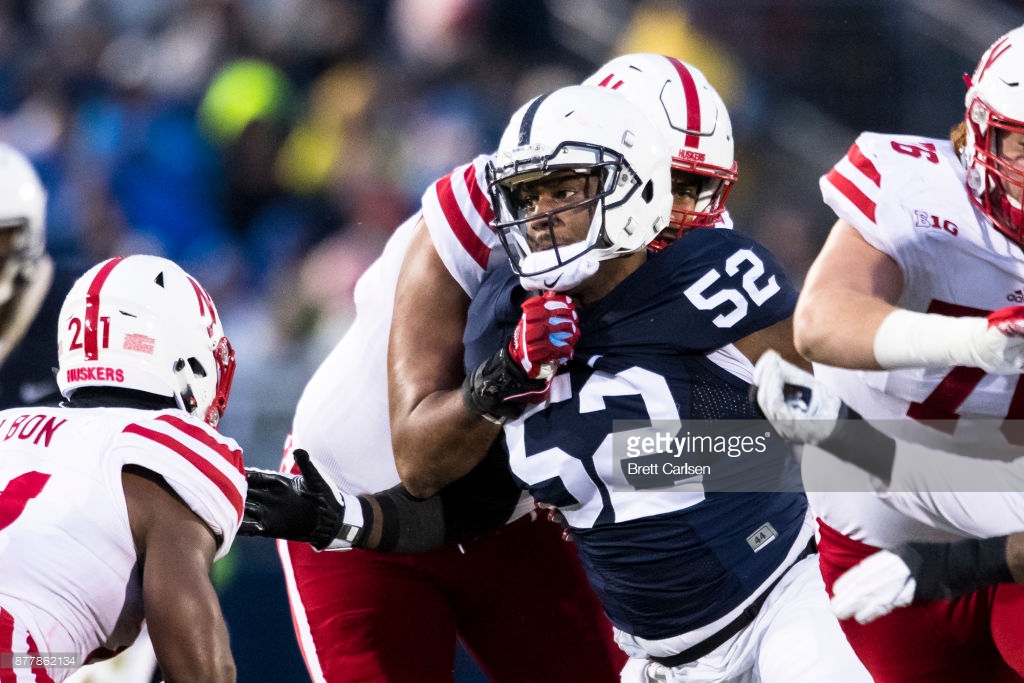 The Pittsburgh Steelers are now starting the process of bringing in pre-draft visitors with the month of April finally here. On Monday, Bob Labriola reports that Penn State defensive lineman Curtis Cothran is visiting with the Steelers. It was reported a few weeks ago that he had a pre-draft visit scheduled.

Cothran, who was not invited to the NFL scouting combine this year, reportedly measured in at his pro day at 6046, 283-pounds. He reportedly ran a 4.85-second 40-yard-dash at his pro day in addition to registering a 29 inch vertical jump and a 9’11” broad jump, He also put up 26 reps on the bench press.

In his four seasons at Penn State he registered 67 total tackles of which 15.5 resulted in losses. He also had 6 sacks during his college career with 3.5 of those coming last season.

Cothran is currently expected to be either a seventh-round selection this year or go completely undrafted.