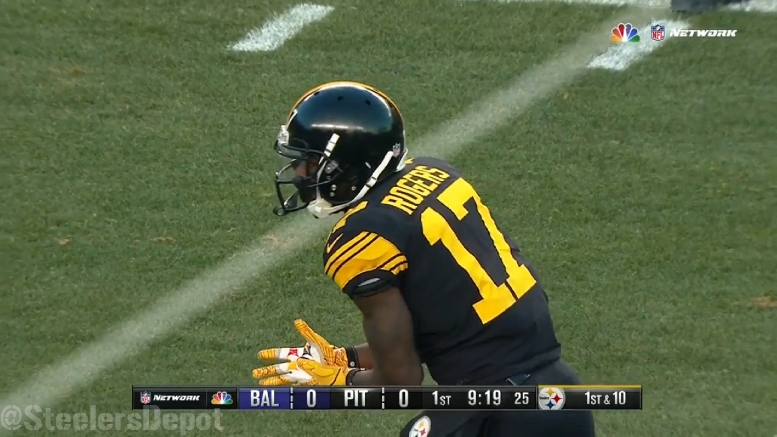 There’s fair criticism over how the Pittsburgh Steelers have used their pre-draft visits. An abnormally large group was dedicated to late round players, 31% of the prospects brought in. While it’s a little unusual to see the focus there and so few on early picks, there could be a logic behind it.

The Steelers are a franchise with a rich history of undrafted players. Donnie Shell, Willie Parker, to the man who just retired, James Harrison. And plenty of others, even if they weren’t stars. 2017’s roster was littered with them – Ramon Foster and his heir, B.J. Finney, Robert Golden, and Eli Rogers. Gems unearthed by the organization and turned into important pieces.

It makes it all the more frustrating how their undrafted classes have gone since recently. From 2016 and 2017, here’s a list of the immediate Steelers’ UDFAs, picked up right after the draft.

Any of those names ring a bell to you? Probably not. In fact, the only one of those who ever appeared in a regular season game was Maxey, who got a cup of coffee at the end of 2016.

Even worse, Maxey is the only player who immediately made the team’s practice squad after final cutdowns. Kelsey was added after the first month last year but even he was originally beat out. None of the other 17 ever were added. Downright depressing.

I’m not asking for a Deebo in every class. But this is the worst of the worst, players who come and go without even a hint of intrigue. The Steelers have done much better. Let’s go through the years, literally the entire Kevin Colbert era and see what notable free agents were brought in each season.

That means that in every year with Colbert at the helm, from 2000 to 2015, he found someone who made some notable contribution for the team. Almost all of those names lasted at least two years with the Steelers. Until the last two classes, unless you really want to count Maxey but I’d argue he had the smallest footprint of the list. I know I’m cutting the crust of plenty of misses but that’s how the process works. You’ll miss exponentially more than you hit. All you have to do is find one guy and it’s a success. The Steelers haven’t managed that the last two years. It’s a problem – to me, anyway.

Yes, there have been gems elsewhere like Mike Hilton. But the Steelers can have their gems on futures contracts and the undrafted pool. There’s no reason to make it either/or.

It can be difficult to get elite free agents. They are, after all, free to sign wherever they want. Agents do a good job of keeping players informed on where their best chance to stick is and money can be a factor too; there’s a finite pool teams can spend on UDFAs and sometimes, other teams simply offer more.

But the Steelers did it year-after-year with similar challenges. Deflecting to those points are just lame excuses.

So in a way, I’m excited to see all the obsure names brought in for a visit. Bring on your Reggie Bonnafon, Russell Gage Jr, and John David Moore. I hope it’s a sign of fixing this problem with the Steelers roster, two years of adding 10-12 players who functionally contribute as much as you or me.

They don’t all need to be stars. But give me somebody who does something. I’m desperate over here.