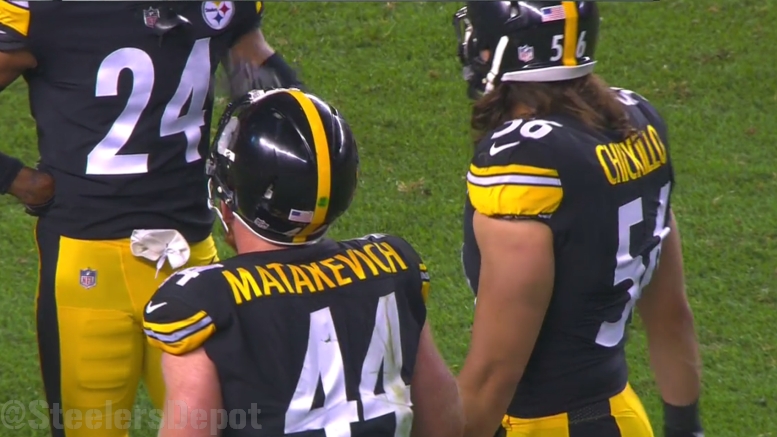 Fans of the Pittsburgh Steelers are incensed with a draft that lacked even a single linebacker, outside or inside, for a team that many on the outside regarded having their biggest needs at those two positions, with the exception of safety. They addressed the latter heavily but the former not at all. Why? They didn’t think the value was there.

The value that they saw was in the first round with the possibility of finding an immediate starting Mack linebacker. They tried to trade up for Rashaan Evans, according to reports, but were blocked out by the Baltimore Ravens trading back to allow the Tennessee Titans to collect the last of the big four off-ball linebackers in the class.

After prioritizing replacing Martavis Bryant with their second-round pick, and their refusal to pass up Mason Rudolph in the third round, they also ended up losing out on the likes of Malik Jefferson as well. The value never matched up for them.

Because value is subjective, and the Steelers still value the linebackers they have in-house, including third-year Tyler Matakevich, something that General Manager Kevin Colbert talked about after the draft, reminding that they lost him on defense in the same game that they lost Ryan Shazier, immediately dropping from their starter to a street free agent.

“In the offseason we signed Jon Bostic”, Colbert reminded. “Jon started 14 games and he was highly productive last season. We’re excited about him being with us”. While he was had on a bargain contract, Bostic fits the profile of what the team is looking to do from the Mack if he stays on the field.

And he if doesn’t, they’re content that Matakevich would offer as much to the position as any rookie that they would have been able to add later in the draft. “Had he not gotten injured, we may have had a whole different discussion going on because Tyler was a highly productive special teams player who really hasn’t gotten to play”, Colbert said. “Between Jon and Tyler, we don’t know what we have in those two honestly”.

As I talked about yesterday, the general manager also pointed out that they stuck close to their board this year, saying that “if there’s positions available to us when we’re picking and they fit and they’re at the right spot, great. If they’re not, we’re not going to reach”. This comment raised some eyebrows for many, but one has to understand that teams draft based on how they value players, and not where draft analysts project players to go. It would be pretty silly to do that after all.