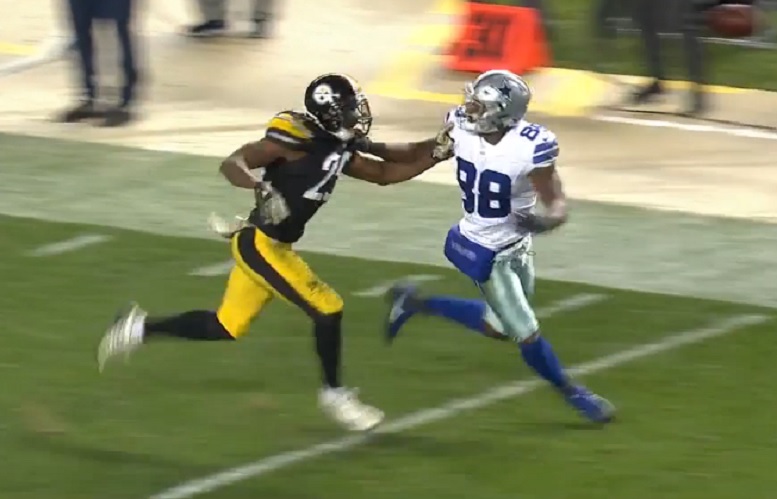 Obviously, this isn’t coming as a shock. The Pittsburgh Steelers have essentially done nothing in free agency. Combing through the transaction list, they are only one of two teams so far not to sign a free agent or trade for a player. It’s just them and the Dallas Cowboys.

The Los Angeles Rams are the only other team who haven’t signed a free agent. But the Rams made big moves in acquiring Marcus Peters and Aqib Talib. The Pats scooped up a pair of Cleveland Browns leftovers, trading for Danny Shelton and Jason McCourty but by Friday night, they signed Adrian Clayborn, Jeremy Hill, and Matt Tobin.

Even the typically thrifty Green Bay Packers, armed with a new GM, have made several splashes.

Of course, in Pittsburgh, it’s not going to raise eyebrows. They’re regularly one of the least active teams when the new league year begins. They didn’t make a move in 2017 until March 15th, six days into the new league year. It came via a one-year deal with Justin Hunter. Five days later, they signed Knile Davis and Coty Sensabaugh, and the next day, they finished their spending by bringing in Tyson Alualu.

And to be clear, spending money in free agency doesn’t mean you’re getting a Lombardi. Often, it’s the opposite. It’s the time when teams overpay, overvalue talent, and are out looking for replacements in 1-3 seasons. But for you, the fans, or us, the bloggers, it sure makes for a boring time.

Dave Bryan wrote about how the team missed out on the inside linebacker market. Perhaps they wanted to get in on the action; everything Kevin Colbert hinted at seemed to indicate an attempt. But the market was scorching hot, with some nearing $10 million per season and even backups – like Josh Bynes, one name I suggested – received over $3 million per year. Teams are flush with cap space, the cap continues to rise, and clubs are acting in kind.

At some point, probably by early next week, the Steelers will have scooped someone up. Potentially a safety, as Dave mentioned, with that market failing to take off and some of the top names still on the board. After all, Pittsburgh’s organizational tramp stamp is to find the niche role player on a team-friendly deal.

It’s also fair to wonder if and when the team will re-sign any of their own. The only one they have is Fitzgerald Toussaint and that’s only after the y failed to tender him. Pittsburgh’s free agent list is dull, Chris Hubbard aside, who cashed in with Cleveland, but I’d like to see Arthur Moats return on a one-year deal. Perhaps Stevan Ridley will circle back if he realizes his market isn’t there.

This is worth stashing for a future topic but with the second-wave of free agency about to begin, and plenty of needs still on the board, this is going to be one of the most critical drafts in recent Steelers’ history. The way things look now, they’ll be counting on several rookies to make a high-level impact in 2018.