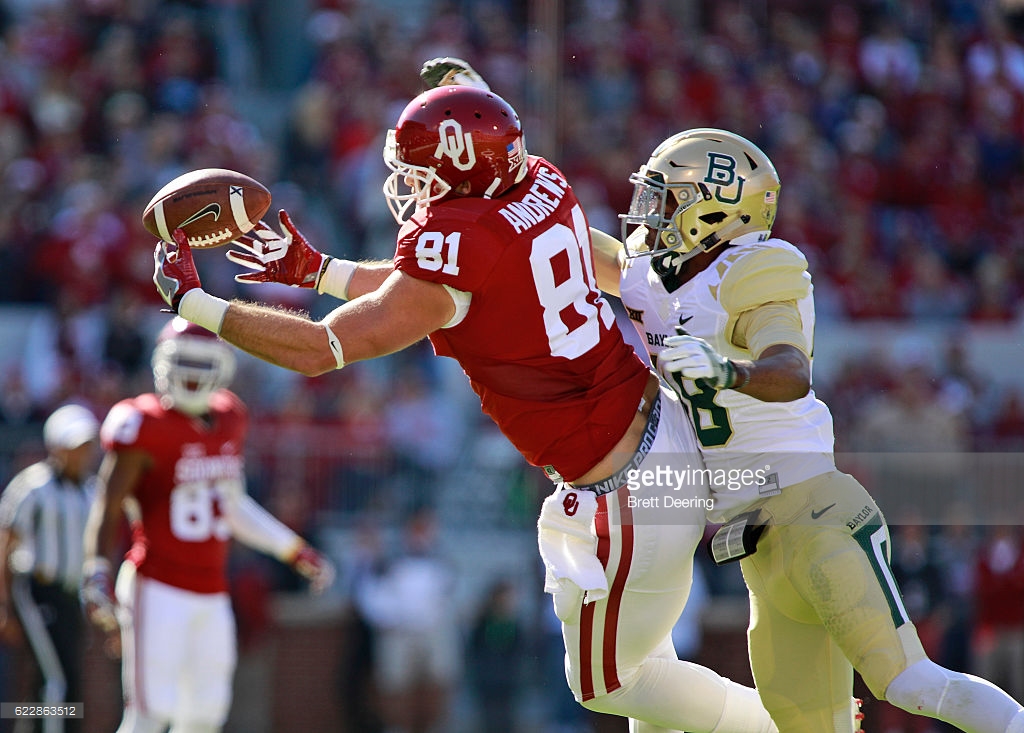 The Oklahoma pro day is taking place on Wednesday and Pittsburgh Steelers offensive coordinator Randy Fichtner is reportedly present for it, according to Andrew Groover of the NFL Network.

Surely most NFL personnel are on hand to watch and talk to quarterback Baker Mayfield on Wednesday and while that might indeed be the case with Fichtner, I’m sure he’ll have eyes on tight end Mark Andrews as well. Other high profile Oklahoma players that will be on display Wednesday are tackle Orlando Brown, running back Dimitri Flowers, edge rusher Ogbonnia Okoronkwo and cornerback Jordan Thomas.

While Mayfield is expected to go somewhere in the first-round of this year’s draft and ahead of where the Steelers pick, Fichtner just might be doing his due diligence on the quarterback just as general manager Kevin Colbert suggested the team would do at the quarterback position a few weeks ago at the scouting combine. With the Oklahoma State pro day scheduled for Thursday, it won’t be surprising to hear Fichtner show up there as well to see quarterback Mason Rudolph and wide receiver James Washington go through the paces.

As for Andrews, who caught 112 passes for 1,765 yards and 22 touchdowns during his career at Oklahoma, he figures to be a day-two prospect. The Steelers could potentially be in the market for a tight end during this year’s draft even though they still have tight ends Vance McDonald and Jesse James under contract.

The OU Wednesday pro day results can be viewed at this link.