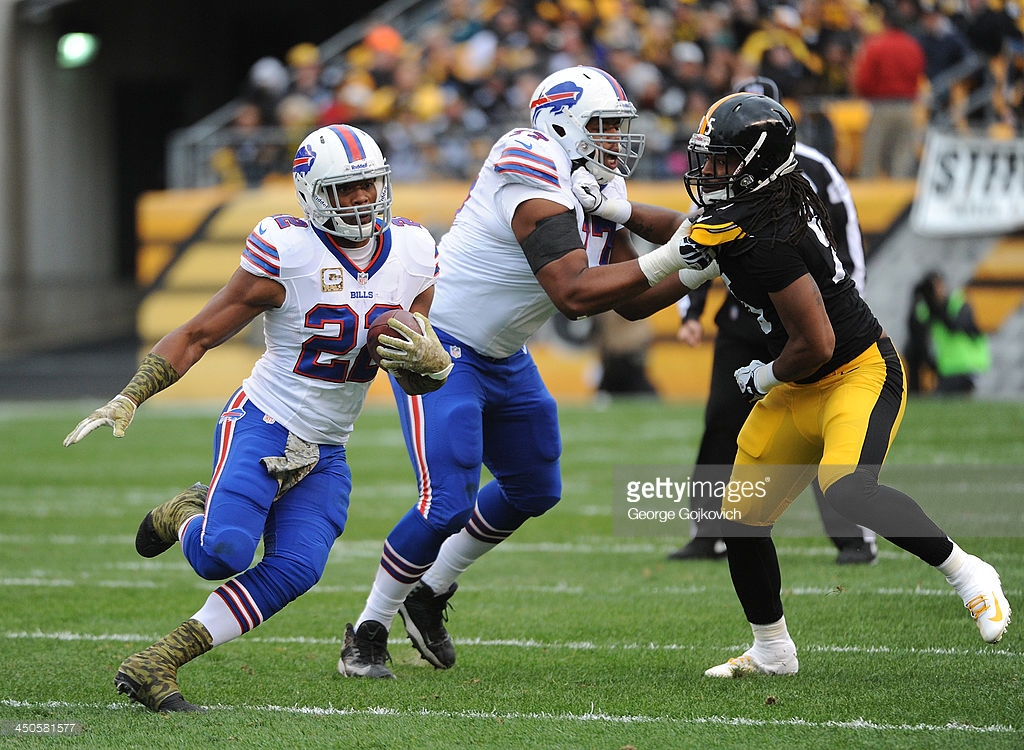 They say the road to Hell is paved with good intentions. That, if you want to make God laugh, you tell him about your plans. The Cincinnati Bengals tried to prepare for the future without their Pro Bowl left tackle, Andrew Whitworth, and it would be safe to say that those plans have fallen through.

They drafted a tackle in both the first and second rounds of the 2015 NFL Draft, those being Cedric Ogbuehi and Jake Fisher. Neither have successfully held on to a starting job in the three years since, and the team appears to be giving up on the endeavor.

Josina Anderson was the first to report that Cincinnati is trading for former second-round tackle Cordy Glenn, who is entering his seventh season in the league. He has played in 78 games, starting 77, but he missed 10 games a year ago due to foot and ankle injuries that landed him on injured reserve.

While never emerging at a Pro Bowl level, Glenn has been a solid player for the Buffalo Bills and will be a clear upgrade, likely at left tackle, for a Bengals team that saw its offensive line ravaged by the departures of Whitworth (who made the Pro Bowl with the Los Angeles Rams) and Kevin Zeitler.

According to Albert Breer, the Bills and Bengals are swapping first-round picks, with Buffalo moving from 21st to 12th, but are also sending a fifth-round pick back in exchange for a sixth. More important to them is dumping Glenn’s salary, who has a base salary of $9.25 million in 2018 with a $2 million roster bonus on top of that. He is under contract through 2020 and the Bengals are inheriting that deal, with $7.25 million base salaries in 2019 and 2020 and more $2 million roster bonuses.

The Bills have been at the center of high-profile trades for the past several months now going back to last season when they dealt Sammy Watkins. They are positioning themselves closer to the top of the 2018 NFL Draft, now within striking distance of being able to draft one of the top quarterbacks in the class.

And they may have to, considering that they do not currently have much available at quarterback after they traded their starter, Tyrod Taylor, to the Cleveland Browns for the top pick in the third round. Perhaps they can pair their newly-acquired first- and third-round picks to trade up higher into the draft. The more you sweeten it the higher you can move up.

As for the Bengals, Glenn, 28, will be a much-needed addition to an offensive line that has needed to grow. I’m not even sure what Fisher’s status is, as his season ended needing surgery to repair an irregular heartbeat. Glenn can also play guard, though likely will be used outside.