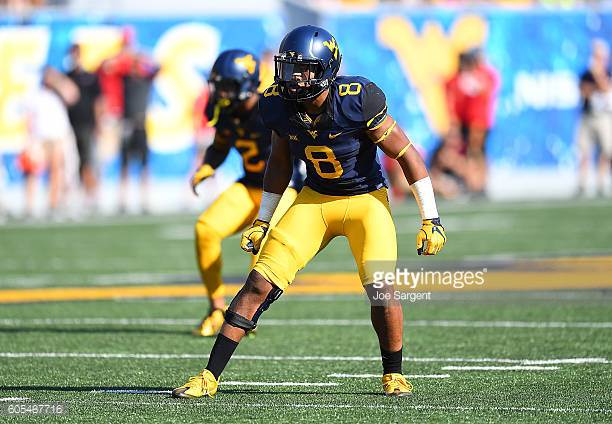 The final day of the 2018 NFL Combine. As always, it wraps up with the defensive backs, an awfully talented group. Here’s a couple we’ll be paying special attention to.

– Carlton Davis is the new Steelers corner. 6’1, 204 with over 32 inch arms, great speed, and physicality in bump ‘n run. Should have an impressive workout.

– Fastest corner here? Could wind up being UCF’s Mike Hughes, rumored to run in the low 4.3’s. There’s off the field questions he had to answer after getting kicked out of North Carolina and winding up with the Knights. Picked off four passes and returned two kicks for scores last season.

– Texas’ Holton Hill is in a similar boat. Saw some tape of him last month. Big hitter/tackler and a playmaker. Ability to close is unique. Got suspended in November for the rest of the season due to violating team rules.

– Josh Jackson was one heck of a playmaker for Iowa last year. Whopping eight interceptions, including three in a rout over Ohio State. 6’0 196, good enough to matchup on the outside.

– Lot of small school kids here. Danny Johnson from Southern is an easy guy to like with a tremendous worth ethic. Undersized and will be viewed as a slot corner. Others include Weber State’s Taron Johnson and Dubuque’s Michael Joseph, both guys who flashed at the Senior Bowl.

– Local Pitt product Avonte Maddox, who I’ve always liked casually watching him. Had a similar looking corner come out of there a few years ago – K’Wuan Williams. Easy comp to make.

– Though corner isn’t as much of a need as the national media makes it out to be, I was interested in learning more about Colorado’s Isaiah Oliver early in draft season when his name was often connected with the team. Buffs have been putting out some top talent in the secondary over the past couple seasons.

– Denzel Ward one of the top corners of the class but a little underweight at 183. Shutdown guy at Ohio State who broke up 15 passes a year ago.

– And I’m hoping Isaac Yiadom shows up. Strong press corner who high points the ball (should have a good vert) and physical versus the run. Gotta be able to run in the 4.4’s.

– Hard to find a true free safety in this class (and most others). We’ve mentioned Justin Reid. Big day for him to project the move from slot corner to safety. Interested in Wake Forest’s Jessie Bates, too. Redshirt sophomore who picked off six passes in two years, though just one a year ago.

– 40 times that are going to be really important: Texas’ DeShon Elliott, Virginia’s Quin Blanding, and WVU’s Kyzir White. Part of building the profile of someone who can play in space.

– I expect Armani Watts to be one of the best athletes of the group. Quick feet, fluid turn, and should have one of the better 40 times of the safeties.

– And you have all the big names. Minkah Fitzpatrick, who can play pretty much anywhere. Derwin James and Ronnie Harrison, true, big-hitting safeties.

– Two small-school names. Jacksonville State’s Siran Neal, who played corner in school but is now listed as a safety. That might be for the best. Far too physical in man coverage. Mentality may work better in space without yanking dudes down like he did in Mobile. And a really local product if you’re from Western PA. IUP’s Max Redfield is here, standing in at 6’1 199. We saw Ethan Cooper in camp with the Steelers last year. Jason Capizzi with the team a long time ago. And at safety, Akwasi Owusu-Ansah was drafted by the Dallas Cowboys in the fourth round back in 2010, though he didn’t last long in the league.