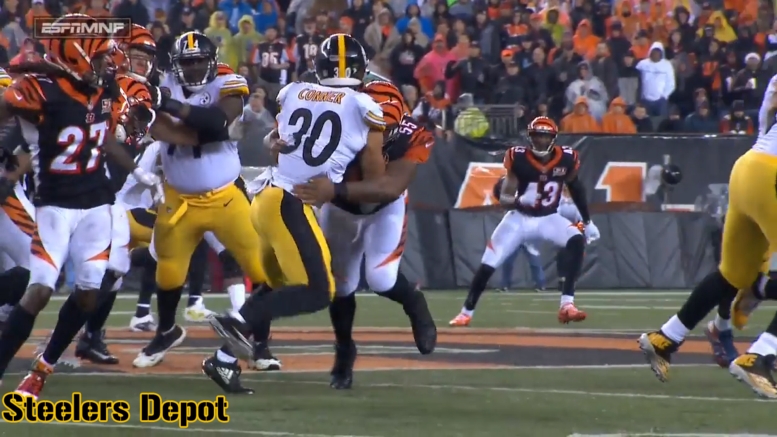 Question: How do the Steelers view the backup running back position heading into the draft?

I think it would be fair to say that there are a lot of questions surrounding the Steelers and the state of their running back position in the future. While it’s fully expected that they will have Le’Veon Bell at the top of the depth chart for the 2018 season, the consensus seems to be that he is going to be on another team in 2019.

That would make the backup running back position more important than it normally would be if you expect that in a year’s time you will be looking for a new starter, and if you don’t believe that James Conner is going to be that next starter, then you might want to search for the next player now.

The 2018 NFL Draft could be very telling about how the team is viewing the running back position in both the short- and long-term views, which is something that we have talked about on the site before.

A lot of attention has been paid to the fact that the Steelers set up a meeting with LSU running back Derrius Guice, regarded by most as a potential first-round player. While the team meets with a lot of players that they never draft and perhaps never even intend to draft, or expect to be able to draft, it is still information that helps to flesh out the discussion.

Whether it’s Guice or not, it would certainly not be surprising if the Steelers do draft a running back at some point, especially if it is in the late rounds. The only other running backs on the roster right now are Fitzgerald Toussaint and James Summers, the latter a Reserve/Future signing.

Regardless of what happens in the draft, however, I would not get my hopes up for the possibility of the Steelers rescinding Bell’s franchise tag, since I know that there are some who seized on Kevin Colbert refusing to outright say that was an impossibility.