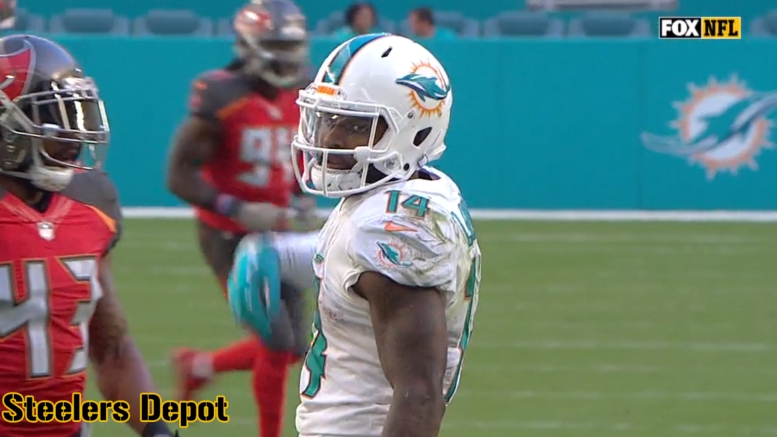 The biggest name on the free agency market—pending—at the wide receiver position is Jarvis Landry, so…Landry to the Ravens? At the moment, it certainly appears to be at least very questionable that he is going to re-sign with the Miami Dolphins, who failed to work out an extension with him in the 2017 offseason.

The Miami Herald reported a couple of weeks back that Landry has told those close to him he is not optimistic about the chances of re-signing with the Dolphins, so if that is indeed the case, he will be available for the Ravens and every other team to sign.

And the Ravens do have a tendency to find their talent at the position in free agency. Their top two wide receivers in 2017 were Mike Wallace and Jeremy Maclin, both of whom they signed after they were initially released by their previous teams in 2016 and in 2017, respectively.

Eric Weddle, who was also acquired in free agency in 2017, has been something of a recruiter in free agency for the team. Danny Woodhead and Weddle’s battery mate in the secondary, Tony Jefferson, both talked about how he helped encourage them to sign with Baltimore.

And he has already thrown the hook in the water for Landry as well, with Jefferson piling on.

Now, that is not exactly an official welcome wagon or anything, and it doesn’t even indicate that the Ravens actually have an intention of pursuing Landry once free agency rolls around. But it certainly wouldn’t be a stretch.

While they only have about $10 million in projected cap space at the moment, per Over the Cap, they like just about any team have a number of avenues by which they can create additional room, which they often do. Working out a long-term deal with C.J. Mosley, for one, could lower his cap hit.

Jimmy Smith and Brandon Williams are also potential targets for restructure, though the latter more so than the former.

What is obvious is that the Ravens need to find Joe Flacco some better people to throw footballs to. And Wallace will be hitting free agency himself, while Maclin may be a salary cap casualty while disappointing in his first year in Pittsburgh. Landry would qualify as Bisciotti’s ‘splash’ and then some, nabbing the wide receiver with the most receptions in the first four seasons of his career in NFL history.