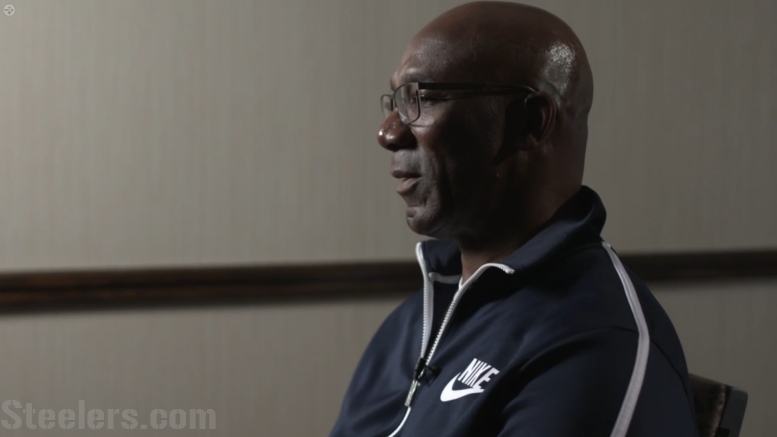 There are not a whole lot of honors that former Pittsburgh Steelers wide receiver John Stallworth failed to claim during his time in the NFL. Numerous Pro Bowls, All-Pro lists, Super Bowl rings. He even has one of those fancy jackets you get when you are enshrined into the Pro Football Hall of Fame.

But he will be getting another award in two days, the Dapper Dan Lifetime Achievement Award, which far above and beyond simply his body of work playing for the Steelers. The 82nd annual Dapper Dan Dinner and Sports Auction will be held on Wednesday, February 21.

“Certainly upon hearing that I was selected, I was honored”, the Pittsburgh Post-Gazette quoted him as saying. “When I look back over the past recipients and some folks that I know, and I look their lives and what they have accomplished in their lives. To think that somehow that’s something to be included in their number was humbling and a great honor. We’re excited about the upcoming dinner and receiving the award and hopefully we’ll be able to express that in our remarks”.

Last year’s winner of the award was a teammate of Stallworth’s, Rocky Bleier. “They caught me by surprise, I have to tell you, when they called and said we’d like to give you this award”, he told the paper a year ago. “It’s a great distinction, obviously, especially with those who have received it in the past. It’s just a part of Pittsburgh, and I really appreciate the fact that they have offered it to me”.

Others who have earned the award in the past include Joe Greene, Jim Kelly, Arnold Palmer, and Hines Ward. The Dapper Dan banquet funds various charitable activities, which were initially instituted in part by the paper itself, and honors those from the region who have had an impact. Stallworth is just the latest.

He told the paper the highlight of his post-playing career was the opportunity to establish scholarships through the John Stallworth Foundation, which has handed how nearly half a million dollars to students attending Alabama A&M, his alma mater.

He talked about how important it was that he got help to get into that school so long ago, and wanted to pay it forward. “I look around and there are people who have the ability to continue their education and better themselves and their family and their communities if they get an opportunity to continue their education, and don’t have the ability to run fast or jump high to do that”.

There are those who continue to argue that Stallworth remains the greatest wide receiver in team history, and frankly the argument across eras is difficult to make. But the Hall of Famer has gone from being a great player to being a great citizen, and there should be no debate that he has earned this latest honor.