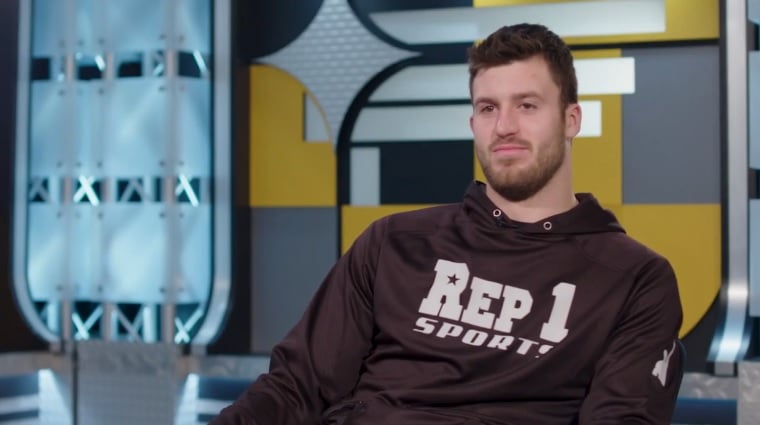 Naturally, Jesse James’ 2017 season will be remembered for one play. It’s probable his entire career will be remembered by it to. The catch/no-catch against the New England Patriots. He could become the first man to travel to Mars, return home, and the first question he’d be asked is if he thinks the competition committee is going to change the catch rule. Let’s all accept that fact.

Let’s all also accept that James’ season, in terms of what really matters, is not summed up by that one play. Evaluating his play goes far beyond just that moment or that game. Speaking with Steelers.com’s Missi Matthews, James summed up his evaluation of how he performed last season.

“Had ups and downs,” James told Matthews. “Started off hot, played good in the first few games. Got banged up, struggled to recover from that, finished strong at the end of the season. So it was up and down. Felt pretty good about the way things went though.”

He finished the year with better numbers across the board than he had in 2016. Four more receptions, 34 more yards, and three trips to the end zone, equaling what he did two years ago. He was a key cog in the thrilling victory over the Baltimore Ravens to capture the AFC North, hauling in ten passes for 97 yards, including a crucial third down reception on the final drive.

And there was that hot start. Two of his scores came in Week One, becoming the first Steelers’ tight end to do so since Heath Miller in 2012.

What I’m most interested in, and it’s been hinted at, is a mysterious injury – or injuries – that plagued him throughout the year. James mentions it here, the first time he’s personally done so, I believe, though doesn’t specify the nature or severity of it. Todd Haley first brought it up back in December.

Todd Haley praised Jesse James' dedication to the Steelers, said he was banged up a lot midseason: "A lot of guys may never have even played and he didn’t’ miss a practice."

Whatever James was dealing with was clearly pretty serious and surely affected the quality of his play. That durability and consistency has been fleeting at the position post-Miller. Ladarius Green’s concussions ran him out of the league and it was a minor miracle for Vance McDonald to make it through a half without a trip to the locker room. It makes James a bit underappreciated and probably skews how good he actually was last year.

There’s no question James is still a limited-upside guy. He’s not dynamic, even assuming injury, we can say that with confidence. He’s old-school. But that fits the Steelers well and as a #2 tight end, he suits the needs of the organization well. A healthy James in 2018 should offer a better barometer of how much his game has grown.