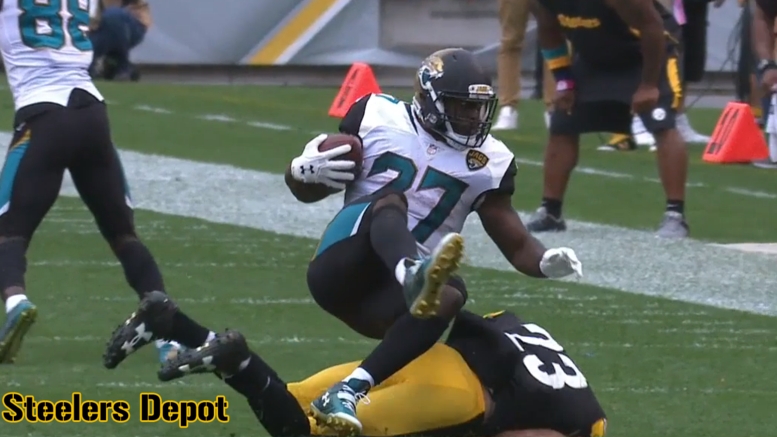 I think we are all aware of what time of the year it is, when it comes to the NFL calendar. Sure, the Super Bowl is going to take place in a few days, so maybe we’re a bit early, but for all practical purposes, the Pittsburgh Steelers and their fans are already full entrenched in offseason mode, with everything that entails.

For us, that means searching high and low for any type of information we can find about anything, or even indications of things. Yesterday, for example, we talked about how Ed Bouchette of the Post-Gazette, in response to a question on the topic, said he doesn’t believe the Steelers will pick up outside linebacker Bud Dupree’s fifth-year option.

That is not tangible or sourced, merely the opinion of a likely pretty well-informed beat writer, but it’s worth passing along. It’s certain to be based on more substantive information than any of us have, so that is why we choose to relay these messages.

And why I’m writing this one today. Bouchette’s colleague at the paper, Gerry Dulac, also held a chat, as is their routine, and he offered, unprompted, in response to one individual’s general question that he does not think the Steelers will retain safety Mike Mitchell this offseason.

The question was about Le’Veon Bell and whether that money could be better served working on the defense. Dulac offered as part of his response, “I doubt Mike Mitchell will be back”, while also talking about the fact that they will need to find somebody to replace Ryan Shazier, discussing defensive changes. Later in the chat, he suggested that they could draft a strong safety and move Sean Davis to free safety, where he plays.

Mitchell is the ‘biggest’ free agent acquisition in team history in terms of total payout. He was signed in 2014 early as an unrestricted free agent entering his sixth season after spending the first five years of his career with the Raiders and the Panthers, but it was only in the year prior that he entered the starting lineup.

He has been the Steelers’ starting free safety since then, for the past four years, and has worked with five different safeties starting next to him, including four full-time starters, beginning with Troy Polamalu in 2014, moving on to Will Allen in 2015, then Robert Golden for the start of the 2016 season, and finally Sean Davis. He also started one game alongside Jordan Dangerfield.

Through all of the turnover in the secondary during his time with the Steelers, he has been the lone consistent presence, and though frequently injured, it was only this year that he actually missed any time, limited to 14 games including the postseason.

But his performance has been heavily scrutinized since he has been here, and he is coming off a season in which he made no splash plays and just two passes defensed. His antics also escalated with his reported locker-room shout-down ahead of the team’s loss to the Jacksonville Jaguars.