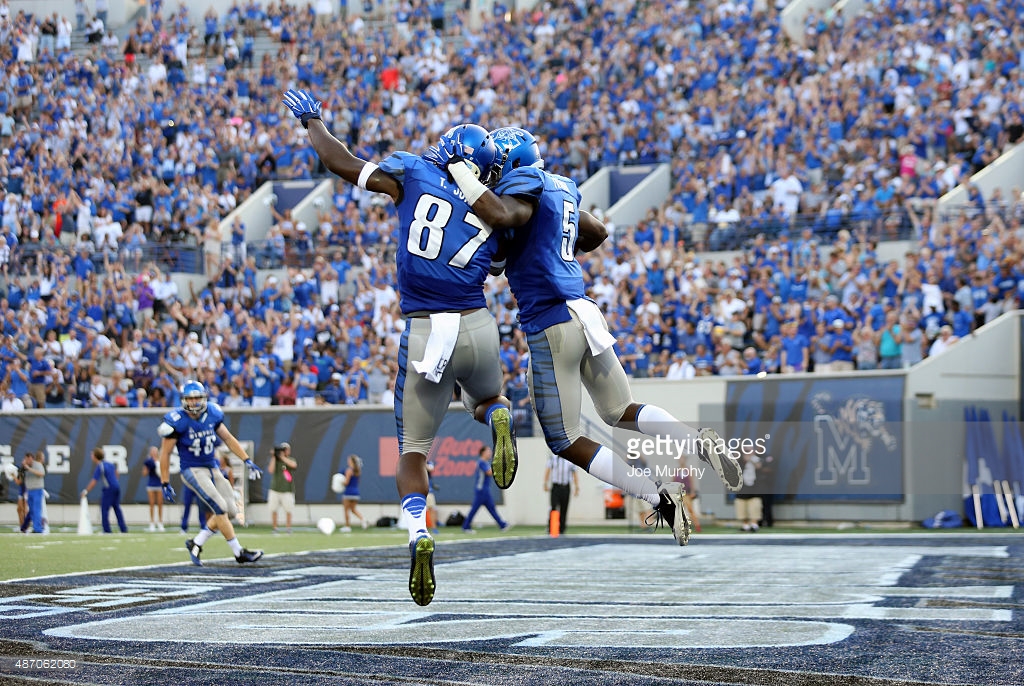 Next up, and maybe the last one for awhile, WR Tevin Jones.

It seems the Steelers had a clear theme when selecting wide receivers to add to their offseason roster. Quality, not quantity. Only once did Trey Griffey, the other receiver we covered, had more than 30 catches in a season. It’s the same story with Jones, who topped 30 once with 33 in his junior year.

But when he hauled a pass in, it usually went for a big play. His senior season saw him average over 14 yards per catch and four touchdowns on just 22 receptions. In 2014, his junior season, he averaged more than 13 yards per catch with three scores.

He also dabbled in running the ball too, including nine carries for 45 yards and a score his senior season (the game where Houston came back from 20 down to beat them).

Still, he went undrafted before signing as a UDFA with the Houston Texans. He spent most of camp with them, though didn’t register in the box score, and circled back to their practice squad late in the season. Last year, he called Kansas City home. There, he had only one catch but it was a big one. Take a look.

68 yards to the house, showing off some of his wheels to outrun the safety down the sideline. That touchdown was extra special. A Texas native, he scored in the wake of Hurricane Harvey, where his track coach who helped mold him was killed in the storm.

“It meant a lot, because I’m doing it for a lot of people,” Jones told the Kansas City Star of the play. “Hurricane Harvey hit me kind of hard and my people back at home, so I’m glad I got a chance to go out there and do it for them.”

But it wasn’t enough to create a roster spot and he was cut outright until Pittsburgh signed him after their season came to a close.

There isn’t much biographical information on him floating out there. Here’s his LinkedIn profile if you’re interested…I guess. His bio reads.

“Hard working Individual who is looking to change and better a business or incorporation in a positive way. Relentless effort to find a way to better himself in every way he can to make himself a better asset to his future work place.”

He’ll certainly need that hard work to crack the Steelers’ roster. Like Griffey, Jones may have been brought on for his special teams value. Looking for the next Darrius Heyward-Bey, whose roster spot could be in danger come camp. That’s how Jones made his mark his first year at Memphis, blocking two career punts. Here’s one from 2014 against Temple.

Jones and Griffey feel like almost the same guy. With the same path to try and make it. To become the next Darrius Heyward-Bey. Those odds are still slim because DHB is still DHB. But maybe one of them can land on the practice squad and make a bigger push in 2019. Either way, I’m excited to watch it unfold.