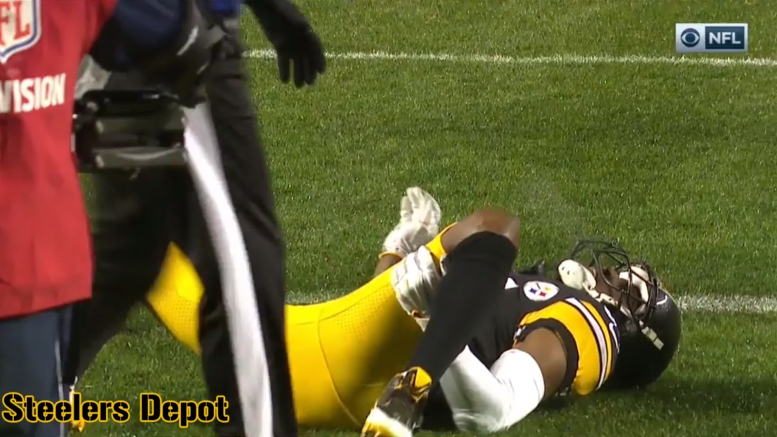 The Pittsburgh Steelers are on a bye this week and that means the few players who are currently dealing with injuries will have a little extra time to get themselves healthy prior to the team’s first playoff game a week from this coming Sunday. On Tuesday, Steelers head coach Mike Tomlin updated the statuses of two of the team’s currently injured players, offensive lineman B.J. Finney and wide receiver Antonio Brown, during his weekly press conference.

Tomlin started with an update on Finney, who left the team’s Sunday game against the Cleveland Browns in the first half with what was originally termed a thigh injury.

“He had an ankle injury that he was able to come back from and then he had a quad injury that he wasn’t,” Tomlin said of Finney’s Sunday ailments. “Probably a culmination of the two. If I had to characterize his status this week I would characterize it as questionable. Saw him this morning. No way can you count B.J. Finney out.”

Tomlin then proceeded to provide a small update on Brown, who is still rehabbing the left calf injury that suffered during the first half of the team’s Week 15 game against the New England Patriots.

“Saw Antonio Brown this morning, also,” Tomlin said. “His progress is going well, his rehab. If we were to play a game this week you could characterize him as questionable as well.”

For now, those updates on Finney and Brown will need to suffice. With that said, Brown has been good about providing video updates of his rehab on his social media accounts and on Monday he posted one of him working on what looked like a zero-gravity treadmill.

During his Tuesday morning interview on 93.7 The Fan, Steelers quarterback Ben Roethlisberger said that he thinks Brown will be ready to play in the team’s first playoff game.

The Steelers will not be required to release an official injury report until a week from Wednesday.