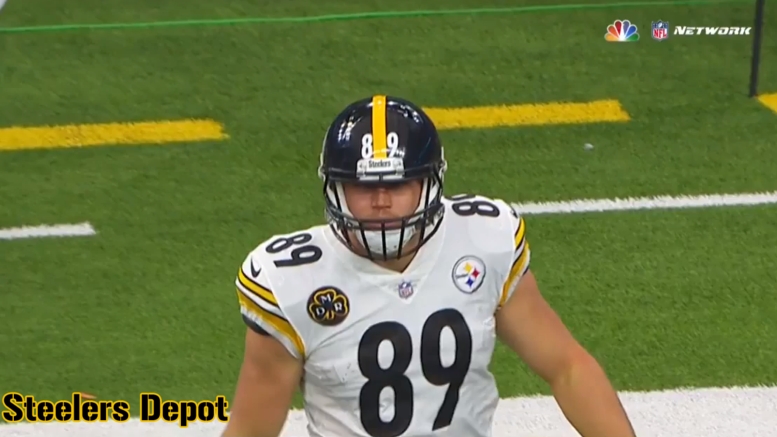 The 2017 season was a grind for Pittsburgh Steelers tight end Vance McDonald, which actually began instead presuming that he would be heading into his fifth season with the San Francisco 49ers. Though he knew it was a possibility that he might be moved at some point—the new 49ers brain trust tried to move him during the draft—his trade to Pittsburgh came so late that it made it difficult for him to be an early contributor.

That coupled with his not-infrequent physical limitations presented by an unlikely series of injuries made much of the year an arduous one for the talented receiver and blocker, who offers the Steelers exactly what they would want from the position, if only he can stay available for long enough stretches.

The team finally got a glimmer of that during their Divisional Round loss on Sunday to the Jacksonville Jaguars. McDonald was a few weeks removed already from his last injury, and even had a week off to rest, looking refreshed on the field and authoring one of the few 10-100 games by a tight end in team history.

That is, 10 receptions for at 100 receiving yards. McDonald led the team in receptions in the game with 10 and was second behind Antonio Brown with 112 receiving yards against the vaunted Jaguars defense, which over two games intercepted passes targeted to him twice, once in each game.

The tight end came not far from matching his regular-season output in one afternoon. In parts of 10 games, several of which he was limited in due to injury, he recorded 14 receptions for 188 yards, catching one touchdown pass.

For the former second-round draft pick, now playing with a franchise quarterback for the first time in Ben Roethlisberger, he was not surprised by how the game played out. He pointed to the time off as an opportunity to help build the groundwork for Sunday’s performance.

As you will recall, McDonald was acquired by the team just shortly before their final preseason game, so it took him some time to adjust to the offense, particularly as a receiver. Any time off is an ideal time to work on some fundamentals and timing and rhythm.

“The bye week was really, really good for us”, he told Chris Adamski, referring to himself and Roethlisberger, “so it wasn’t surprising seeing how many targets I had today. That was kind of how this week has been going; last week, too”.

He significantly out-snapped Jesse James as the clear featured tight end in the offense in what may well be a sign of things to come, and should only play a bigger and bigger role with an actual offseason to work with.

“After getting the basics of the offense down pretty early in the season, and it kind of opened up last week in the bye week having all that time to work with Ben”, he admitted. “The great tandems like him and [Brown], he can change AB in the middle of the game, change his route, little things like that, because they are so comfortable working together”.

That is the sort of rapport he hopes to build with Roethlisberger in their first full year together. And I find myself optimistic about the results. Provided that he can get away from his rash of injuries.