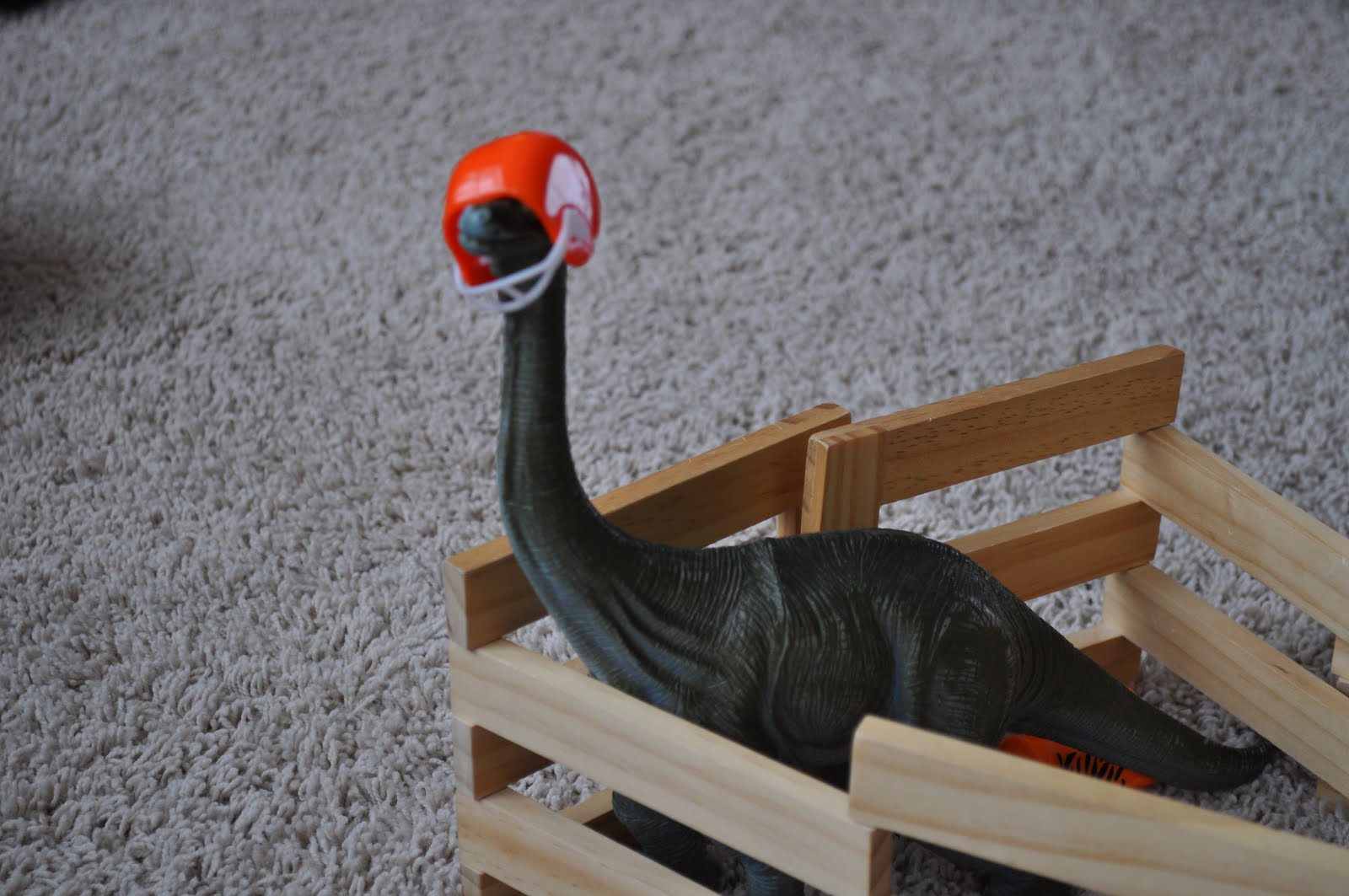 Well, we are into the Wildcard weekend and in a few hours, we will know who the Pittsburgh Steelers opponent will be next Sunday. Two big NFL topics are the quality of refereeing and injuries. Adjudicating a football game is not easy given the complexity of the rulebook. I have always been an advocate of simplifying the rules but that is easier said than done. Here is the current Official Playing Rules of the NFL.

The NFL followed the college rulebook up until 1933. One of the big changes was permitting the forward pass from anywhere behind the line of scrimmage. Before then, the passer had to be at least 5-yards behind the lone of scrimmage to throw a forward pass. Some changes were designed to enhance play on the field such as adjusting placement of the hashmarks. Other changes were specifically designed to protect players.

Every little rule change has some type of historical basis as to why it was put into place. However, the law of unintended consequences means that coaches and players are free to adjust their actions within those rules which then result in the rules being revised or new ones introduced. For example:

In 1943, the NFL made wearing helmets mandatory to protect players from head injuries such as cuts and skull fractures. The helmets could be leather or plastic. Many players wore the leather helmets before then, but it was an optional piece of equipment. The NFL made the hard-plastic helmet illegal from 1948-49 since players began using it as a battering ram and it was considered an injury risk but by 1950 it was standard issue.

Facemasks to prevent facial & eye injuries were recommended by the NFL as early as 1955. However, defenders such as Dick “Night Train” Lane found them to be a convenient handle to hang onto opponents trying to run away from them. The NFL acted quickly making grasping the face mask of any opponent except a runner a 5-yard penalty for illegal use of hands. In 1962, grasping the face mask of any player became a 15-yard penalty with ejection of a player if the foul was flagrant.

There were nine rule changes going into the 2017 NFL season. One that impacted Steelers Nation a great deal was a change to Rule 15 Officials and Instant Replay; Section 2 Instant Replay; Article 3 Replay Reviews. The review is supposed to be a maximum of 60 seconds from the time the handheld monitor is given to the referee. It also refers to a “Replay Official’s request for review.” It is unclear to me whether the “Replay Official” is a member of the referee crew or if is the designated member of the officiating department at the league office.

It is problematic if an official sitting behind a curtain can remotely intervene and demand a review and should be eliminated. Let the officials who are there on the field make the calls and review and perhaps they can request assistance from the league office – but then this should be explained to the spectators. The “clear and obvious visual evidence available” to overturn the original call should be kept in place and show to the spectators along with the head referees explanation. That’s just my perspective as an average Steelers fan.

On to the subject of tackling. Ryan Shazier remains on many folk’s minds. Thankfully, this type of injuries remains rare, but it is something that needs to be minimized. Dr. Melanie Friedman gave an update of Ryan Shazier’s status . I pray that he recovers fully. This replay may be difficult for some to watch but it is a reminder have how important body position is. Here is the play that Ryan got injured on. Just before making contact, you can see his head dip down.

My main reference for tackling is rugby. I played rugby for many years and now help coach high school team now. Rugby has evolved just as football has to enhance player safety and the flow of the game. A lot of time is spent teaching tackling skills in rugby. In this video, Pat Lam who played for the New Zealand All-Blacks in 1992 but also, captained the Samoan national team in three World Cups is giving instruction to some youth rugby players. About 4:30 into the 8 minute clip he talks about “face up” in the tackle and shows the difference in the spine when the tackler is face up as opposed to face down as Ryan Shazier was on his tackle: Rugby tackling techniques.

As a kid playing boys club football, we were taught similar tackling techniques. You had to wrap with your arms and are helmets were to the side of the runner; driving through their hips to bring them down. In fact, leading with the helmet with no attempt to wrap was a penalty called “spearing” while launching your self off your feet for the “torpedo tackle” was discouraged if not illegal. You could not go totally launch yourself airborne. We were coached to put the helmet in the numbers on the goal line or short yardage situations, but the staple was what were then called shoulder tackles. Not sure when this all changed to hitting as opposed to tackling but that is what I see today at all levels of the sport.

The NFL already has some rules in place to protect the runner and tackler such as Rule 12 Player Conduct Section 2 Personal Fouls Article 7 Players in a Defenseless Posture and Article 8 Initiating Contact with the Crown of the Helmet. Article 8 says that it is “a foul if a runner or tackler initiates forcible contact by delivering a blow with the top/crown of his helmet against an opponent when both players are clearly outside the tackle box (an area extending from tackle to tackle and from three yards beyond the line of scrimmage to the offensive team’s end line). Incidental contact by the helmet of a runner or tackler against an opponent shall not be a foul.” I guess it is okay in the “tackle box” since this is likely on or near the line of scrimmage when players don’t have a full head of steam going into contact.

Article 7 goes into the circumstances that hitting a player in the head or neck area are illegal. In rugby the rule is covered by Law 10 Foul Play section 4.e Dangerous Tackling which states that “A player must not tackle (or try to tackle) an opponent above the line of the shoulders even if the tackle starts below the line of the shoulders. A tackle around the opponent’s neck or head is dangerous play.” Another key difference is that a tackler player must not “charge or knock down an opponent carrying the ball without trying to grasp that player.” In other words; a tackler must attempt to wrap the runner with his arms as they make contact.

Rugby is a much different game than football since there is no blocking and play continues after a player is tackled (he must release the ball). For the wonks; here is a link to the Laws of the Game Rugby Union Laws. It has more than twice as many pages as the NFL rulebook, but it covers variations of the game and is used for rugby players from youth to national sides in over 100 countries with about 3 million registered players worldwide complying with this same rulebook.

I bring up the rugby rules solely as a point of comparison. Inevitably, the NFL will continue to revise rules for player safety. Teams such as the Seattle Seahawks have embraced more efficient and safer tackling techniques by taking the head out of tackling. I have heard Mike Tomlin mention heads up or face up tackling. Hopefully, the next CBA will reconsider the limitations that have put on the number of practices so that teams can continue to teach fundamentals so that players learn to protect themselves better.

As for the rules, anything to make calls make sense. The whole catch rule is especially confounding. The ball can touch the ground on the field of play but still be a catch if the player maintains “full control.” But if they are on the end zone and the ball is in their hands but jiggles it is not a catch. As Tony Dungy said, in any other football league Jesse James made the catch. I just hope that whatever changes the NFL makes for next season make it safer for the players, more consistent officiating and calls that make more sense to the spectator.

It’s just Evolution after all.