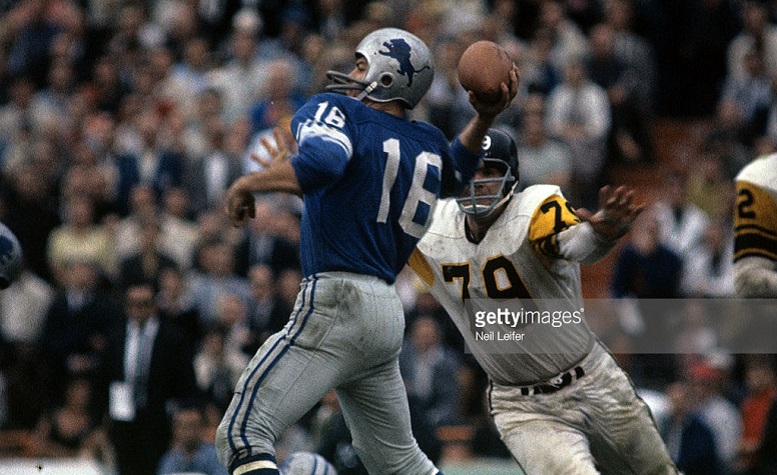 Technically speaking, the Pittsburgh Steelers will play their 62nd playoff game in the history of the franchise on Sunday at Heinz Field against the Jacksonville Jaguars. It’s technically because according to the team’s media release, the franchise counts the losses to the Philadelphia Eagles in the 1947 Eastern Division Playoffs and the Detroit Lions in the 1962 season’s Playoff Bowl.

As part of the Steelers 36-25 all-time playoff record, it’s quite interesting to go back and look at the starting quarterbacks they have lost to during the postseason.

For starters, the Steelers first franchise playoff loss in 1947 to the Eagles came at the hands of Tommy Thompson, who started his professional football career with the Steelers in 1940.

As for the second quarterback the Steelers lost to in the playoffs, Milt Plum of the Detroit Lions, while he never played for the Steelers, he did play his college football at Penn State.

Earl Morrall, the third-ever starting quarterback the Steelers lost to in the playoffs, like Thompson, he was a former member of the Steelers.

While there are certainly some impressive quarterbacks who have beaten the Steelers in the playoffs on this list, there’s unfortunately a few others that weren’t overly impressive during their NFL careers. Do the names Frank Reich, Stan Humphries, David Garrard and Tim Tebow all ring a bell? In the playoff losses to those four quarterbacks, the Steelers were favored to win three of those games.

Should the Steelers ultimately fail to win this year’s Super Bowl in the coming weeks we’ll unfortunately need to add another quarterback to the list below. The possibly names as we sit here today are Blake Bortles, Marcus Mariota, Brady, Drew Brees, Matt Ryan, Nick Foles or Case Keenum.

QBs Who Have Beaten Steelers In The Playoffs: