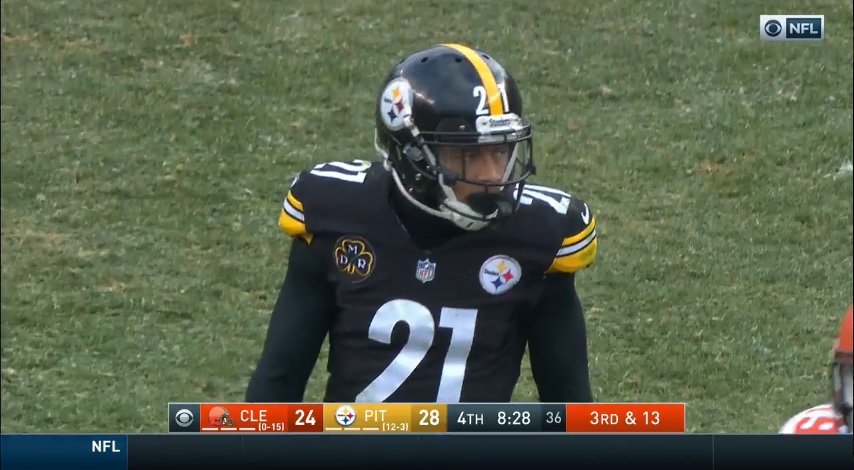 Earlier today, we wrote how thrilled Mike Tomlin has been with signing Joe Haden. Not that it’s any surprise but that feeling is mutual. Speaking with Missi Matthews of Steelers.com, Haden said how happy he was to be with the black and gold.

“I just am honored and blessed to be in the situation I’m in now,” Haden said. “I’m so happy to be with the Steelers. To be where we are, having a first round bye. Never been to the playoffs. So I’m just excited about what we have and what the future holds.”

How easily he could’ve been on the other side. Sunday, that meant an 0-16 Cleveland Browns’ team, one without much direction or a future. That’s essentially how it was for most of his career, never making the playoffs as a Brown and only once finishing above the AFC North’s basement.

Haden was also happy to get reps in the regular season finale. The Steelers sat out plenty of starters but Haden was glad to get the extra reps after missing a month with a broken leg.

“I just wanted to get more gametime reps. You can’t really get that in practice. As much gameplay as I can get until the playoffs. I thought it was perfect.”

He finished the day with two tackles and a pass breakup he nearly intercepted while logging almost every snap on defense. The team clearly, and with good reason, has more faith in him than any other corner. That was shown by making the last-second decision to shadow DeAndre Hopkins, a job he did successfully. It’s the only time all year, and I’m pretty sure under Keith Butler, they’ve shadowed a top receiver but it’s comforting to know it’s another tool in their tool belt.

Haden also left a small footprint of a record-setting season, notching his first sack since 2011 as the Steelers set a single-season record with 56 of them. Something Haden, and others, said the defense was gunning for throughout the game.

“We feel like it’s a conjoined effort. Coverage sacks as well. It all works together. So we feel part of the sack record, too.”

As a secondary, the Steelers were responsible for six of the 56. Four of those came via Mike Hilton, who blitzed more than any other cornerback in the NFL this season.