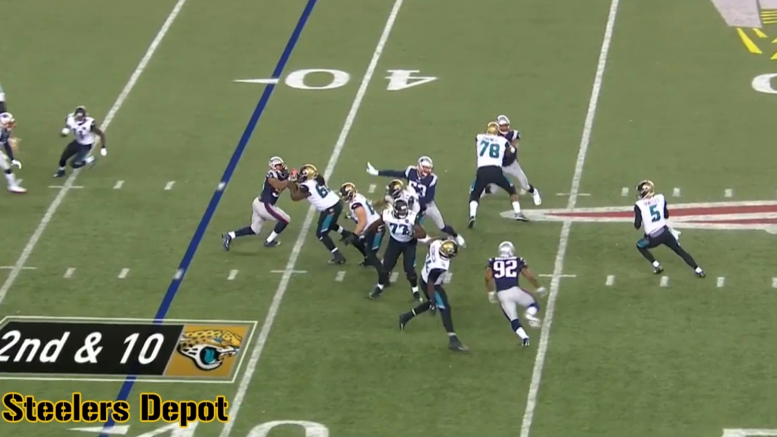 The Pittsburgh Steelers may not be participating in Super Bowl LII—hey, at least they have the Pro Bowl, right?—but a few of their former players will be. Though most teams can surely say the same, as players tend to migrate fairly regularly, especially those toward the bottom of the roster, the Steelers have an awfully high-profile former member in this one.

That would be James Harrison, who is quite easily one of the most recognizable names and faces of the Steelers in the past couple of generations. After all, he was for a period of time one of the most dominant defensive players of the game, and if only he had put together a longer stretch of that play he could be looking at a future in the Hall of Fame.

Harrison returned for yet another season in 2017 at the age of 39 after having previously retired in 2014, and he even already talked about potentially playing when he is 41 after last night’s New England Patriots victory.

Oh…yeah, that’s right, he’s playing for the Patriots now, which I’m sure you knew. The former Defensive Player of the Years reportedly became a malcontent when he realized that he wouldn’t be receiving the playing time behind rookie starter T.J. Watt that he felt he was led to believe and repeatedly asked to be released.

That request was granted late in the season when a roster spot was needed to activate right tackle Marcus Gilbert from the suspended list, and Harrison quickly signed with the Patriots after clearing waivers.

In three games with New England, Harrison has been credited officially with 11 tackles and two sacks with a forced fumble. That does not include a sack last night, which was officially credited to Kyle Van Noy on Blake Bortles for knocking the ball loose.

He is not the only former Steelers that will be in the game, however. There was the ever-so-brief tenure of running back LeGarrette Blount, who was signed in 2014 and only lasted about half the season before he, too, was released for being a malcontent. The Patriots brought him back and they won the Super Bowl with him.

Now he will be trying to win the Super Bowl—for the third time—against the Patriots, working in a Philadelphia Eagles backfield with Jay Ajayi. So at least one of Harrison or Blount will be given a Super Bowl ring.

There is yet one more former Steeler who will be in the game, or at least dressing, and he plays quarterback for the Patriots. Tom Brady’s backup, Brian Hoyer, spent a couple of weeks with the Steelers in 2012 when they had a number of injuries at the position. Many wanted the team to re-sign him this past offseason to be Ben Roethlisberger’s backup.