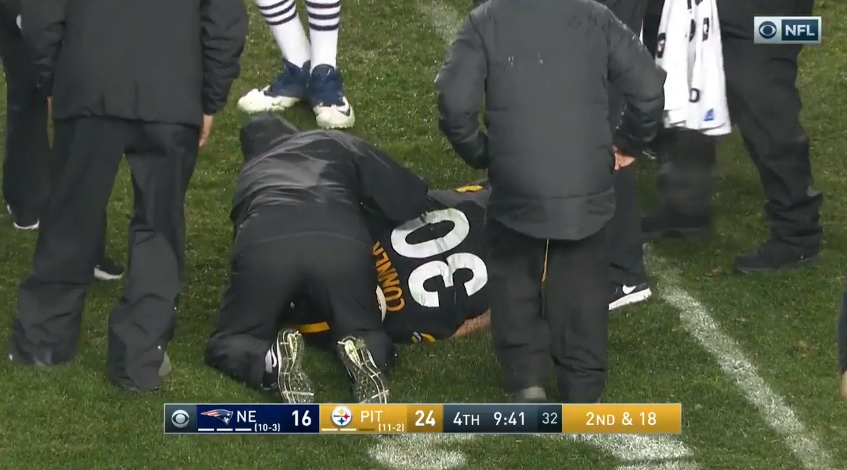 Conner posted the following message, a day after the Steelers placed him on their Reserve/Injured list due to an MCL injury that he suffered during the team’s Sunday home loss to the New England Patriots.

Surgery went great, time to put in work! Appreciate all my family, friends and steeler nation for the support. Truly thankful..

Conner, a University of Pittsburgh product who was drafted by the Steelers in the third-round this year, registered 144 yards on 32 total carries this season in limited playing time. He had a long run of 23 yards this season.

“Unfortunate for him, but [I] like the trajectory of where he’s going and his career was going here in 2017,” Steelers head coach Mike Tomlin said of Conner on Tuesday. “He’ll get well and obviously continue on with his career.”

According to out very own Melanie H. Friedlander, MD, Conner is expected to make a full recovery and perhaps even be ready to participate in the team’s 2018 OTA practices.

The Steelers signed free agent running back Stevan Ridley to their roster on Tuesday to fill the spot vacated by Conner.