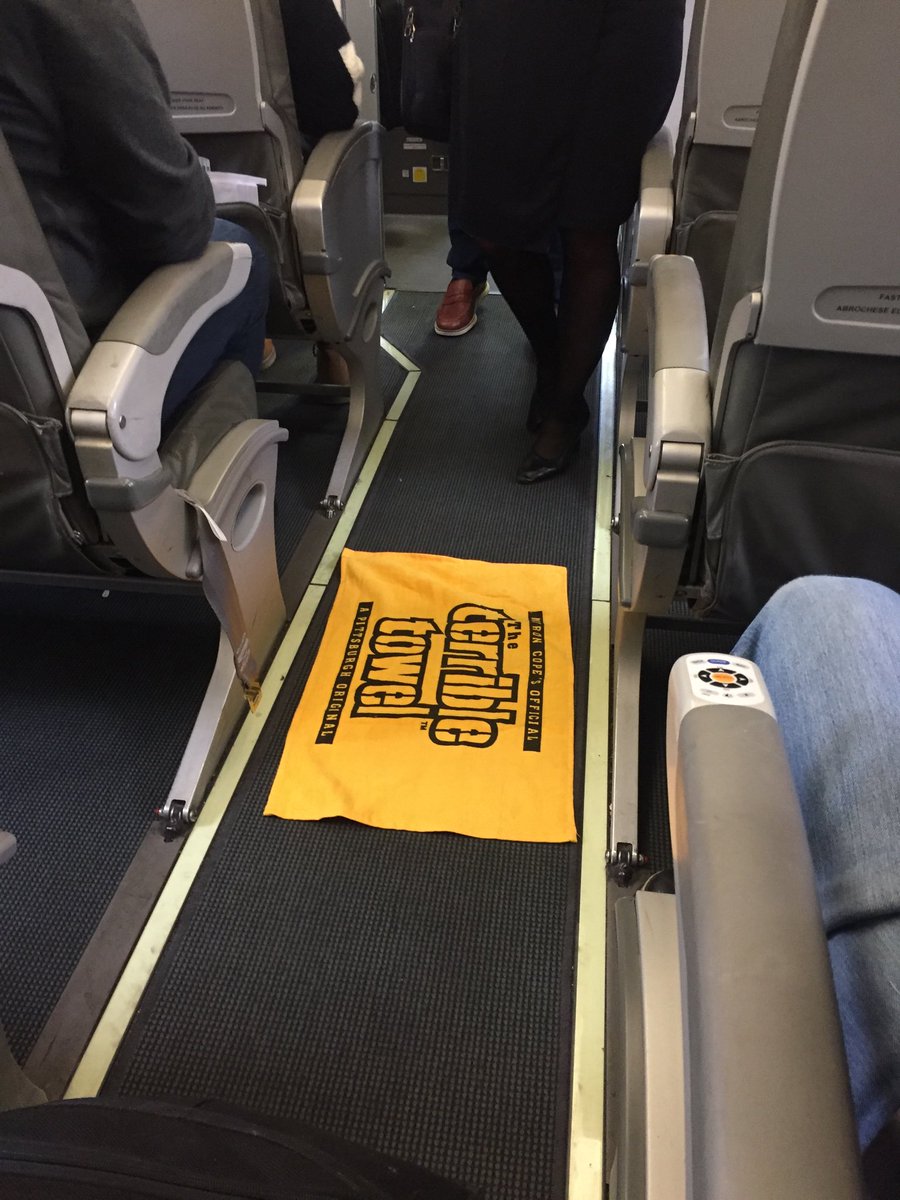 Steelers’ Nation knows what happens when you disrespect the Terrible Towel. And New England is about to find out. On a flight from Pittsburgh to Boston, a Patriot fan laid out the Terrible Towel flat on the aisle. The photo was tweeted out by the Boston Globe’s Dan Shaughnessy.

So this is happening as folks board our flight from Pittsburgh to Boston pic.twitter.com/cUDKwAMJoq

The Terrible Towel has gotten its revenge time and time again from those who try to besmirch it.

In 2008, LenDale White and Keith Bullock stomped on it after beating the Steelers 31-14 in Week 16. They lost the regular season finale 23-0 and were bounced in the playoffs in the Divisional Round. Coming back in 2009, they dropped their first six games, including their Week One game at Pittsburgh. After 2008, Bullock would play just two more years in the league and ’09 was his final season with the Titans.

White would only last one more season slogging his way through a pitiful 2009 campaign before having trouble with his weight and ultimately getting exiled from the league.

Last year, Jeremy Hill attempted to rip a Terrible Towel after scoring against the Steelers in a regular season matchup to put Cincinnati up 17-3. But the Steelers stormed back to win the game and eliminate the Bengals from the playoffs. This is also the same Hill who fumbled away what should’ve been a Bengals’ 2015 Wild Card. The Steelers advanced, continuing the Bengals’ playoff win drought.

In 2017, he averaged a career low 3.1 yards per carry before landing on injured reserve. His future with the team is in serious doubt.

And of course, we all remember what T.J. Houshmanzadeh did to the Towel in 2005. The Steelers beat the Bengals in the playoffs, again, on their way to a Super Bowl run.