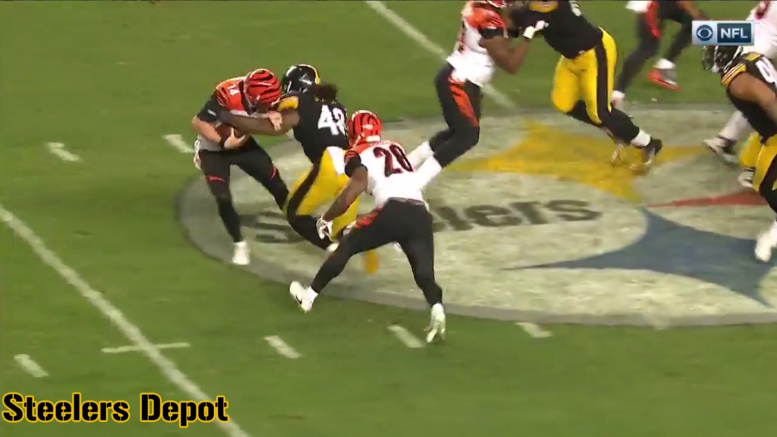 If the secondary isn’t going to do it, then it is time for the defensive front to take over for the Pittsburgh Steelers. While the back end is impatiently waiting upon reinforcements in Mike Mitchell at safety and Joe Haden at cornerback, bleeding big plays in the process, the defensive line and, hopefully, the outside linebackers will just have to make it that much more difficult for quarterbacks to get rid of the ball on long releases.

And to be fair, it would be tough to ask much more of the Steelers’ stalwart defensive ends, Cameron Heyward and Stephon Tuitt. The former is having a Pro Bowl season that will hopefully actually end up in him being named a Pro Bowler this time, while the latter, finally fully healthy, is ramping things up. He has two sacks in his past three games and has had another two negated by penalties.

The problem is that they can’t just get after the passer relentlessly on every snap. And this is when they have gotten into some problems lately. The majority of the big plays against them lately have come against four-man rushes without any wrinkles.

And one might find it difficult to put the pressure on T.J. Watt, the rookie starter at right outside linebacker, who nearly spends half of his time on passing downs dropping into coverage. But he really did struggle to get much going against David Bakhtiari last week. He had one sack, but that came on a play on which he originally dropped into coverage and came through the middle.

Obviously, the player that you would really like to see something from is third-year outside linebacker Bud Dupree, who has four sacks in 10 games so far this year, but who had still struggled to gain consistent pressure.

While he has battled a shoulder injury that, chances are, is continuing to impact him in at least some form or fashion, the former first-round pick is not exactly playing up to the level that the coaching staff no doubt figured that he would by now at this point in his career.

But the Steelers actually have been one of the more consistent teams in the league with respect to generating pressure on opposing quarterbacks, having managed to do so on roughly a third of their pass-rushing attempt as a team.

So if the pass rush is, in general, going its job with comparative efficiency, then that doesn’t bode well for the prospects of reducing the big plays down the field. And frankly, opposing offenses are going to test them until they stop it.

Already, we have heard from teams who have said that they saw in the scouting report that they were able to do something based on what they saw on tape that would allow them to hit on big plays, and then follow up by hitting on big plays. They just gave up explosive plays to a backup quarterback at home. How about a starter on the road with one of the best receivers in the league?