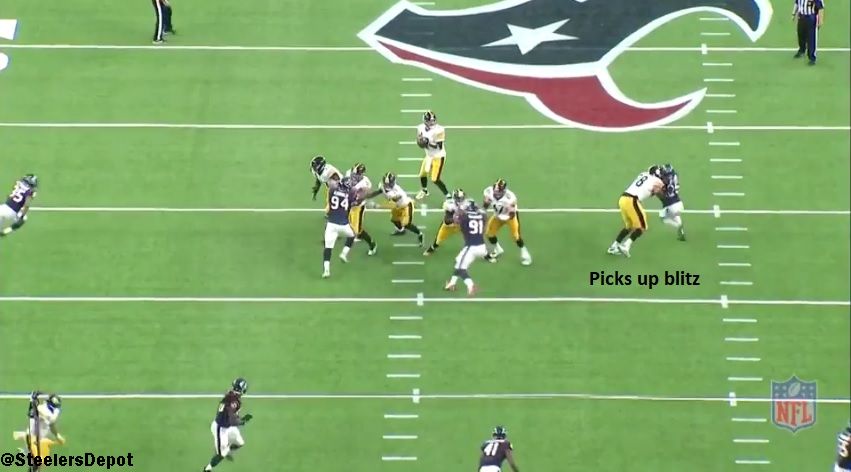 Game notes from the Pittsburgh Steelers 34-6 win over the Houston Texans.

– Kick return. Moats-Watt-Matakevich-Chickillo-Fort, Golden behind. Nix/Walton/Grimble (replacing Conner) as the wedges. JuJu and Fitz as the return guys.

– Really like the play design of the first snap of the game. Riff for their bubble screen. Fake the jet to JuJu Smith-Schuster to hold the DE, allowing Alejandro Villanueva to get out in space without having to block him at all. Villanueva makes the block and it’s a nice gain.

– Punt return team. Matakevich-Fort-Sutton-DHB-Golden-Nix-Chickillo-Toussaint. Burns and Allen the jammers. Eli Rogers the return man and did a very nice job.

– Alfred Blue’s long run. Wouldn’t put this on Mike Mitchell. Joe Haden gets hooked inside. Has to funnel it. 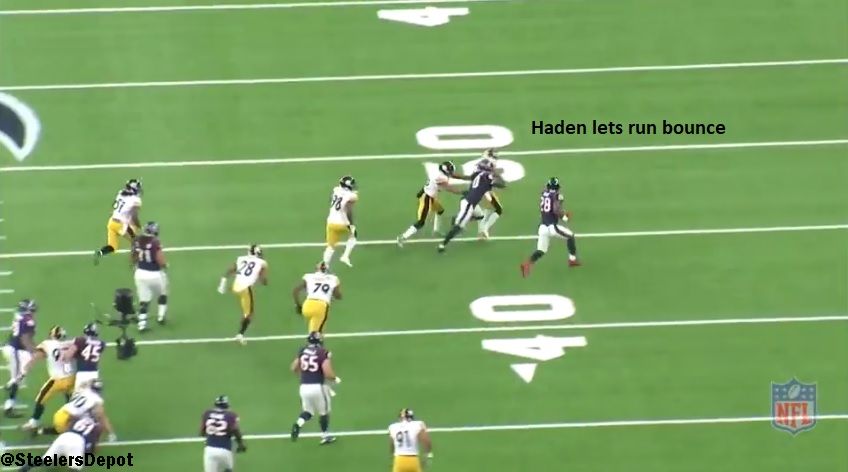 – Sean Spence with just enough athleticism to make this tackle on the perimeter. Why he’s getting the work over Tyer Matakevich. 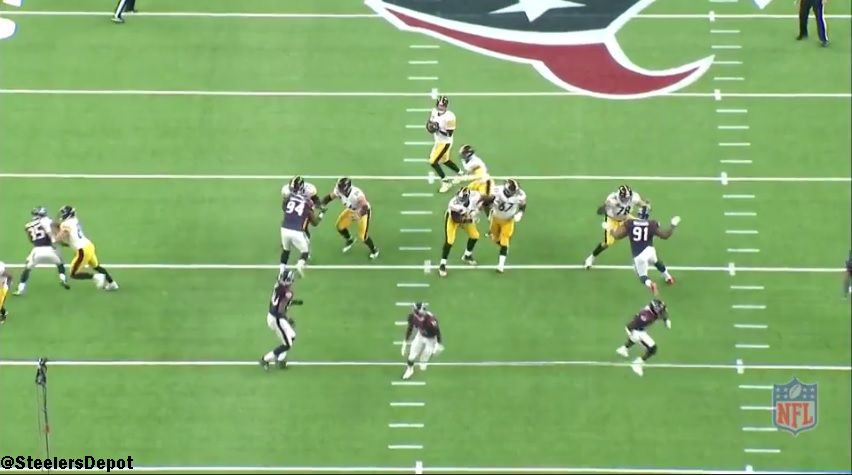 – Eli Rogers has to crack the safety. Andre Hal had too many tackles in the run game. 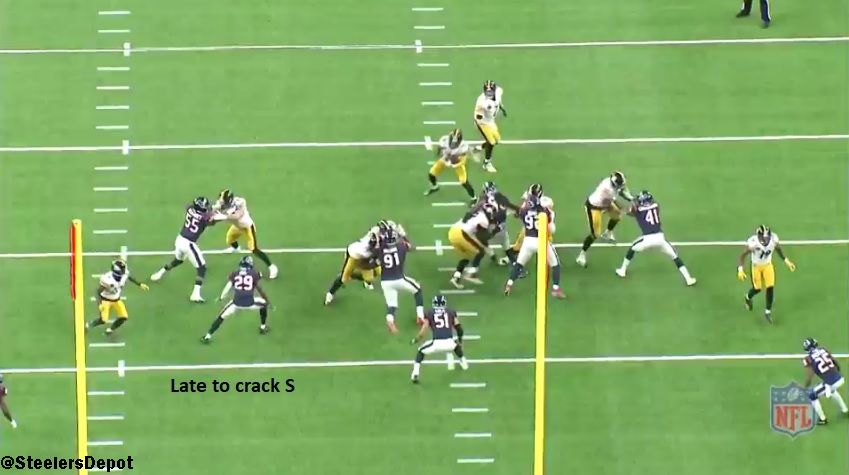 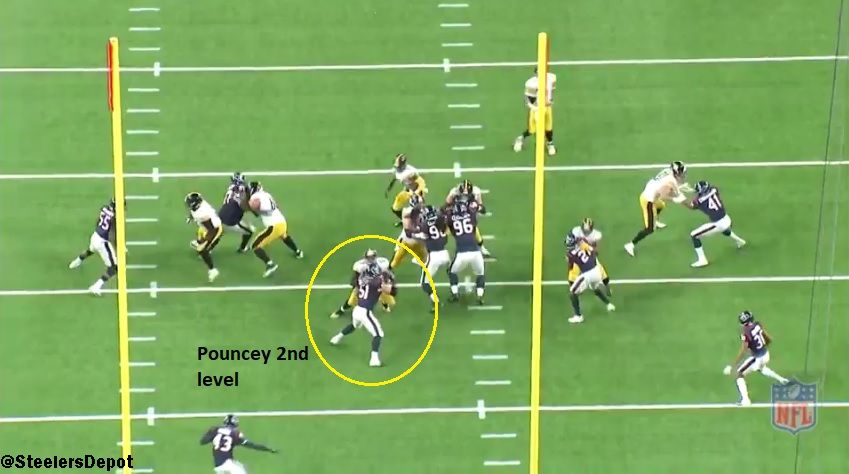 – Marcus Gilbert back in the lineup. Solid game. Length to create space and separation vs the DE, something Chris Hubbard struggled to do. 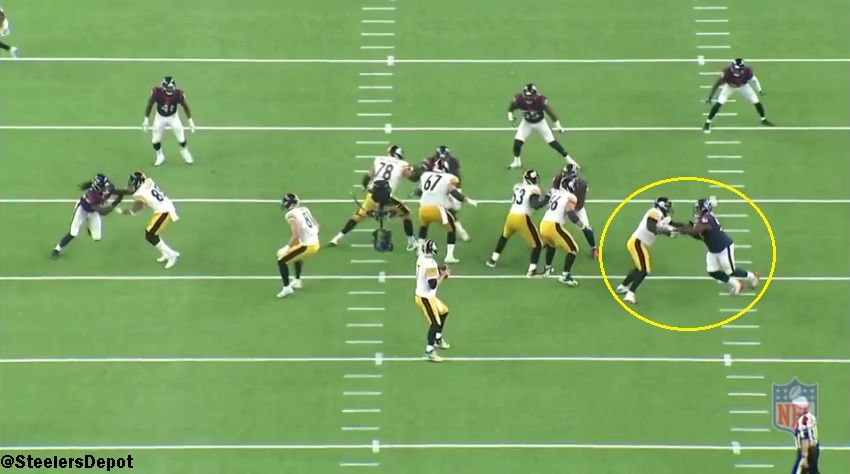 – What a route by JuJu on his TD. Nickel corner blitzes, gets him on a safety, body and head fake outside, cross his face, easy money.

– Texans are dumb. 21 personnel on 3rd and long and plays like this. Max protection, two man routes. Steelers got a pair of sacks out of it. 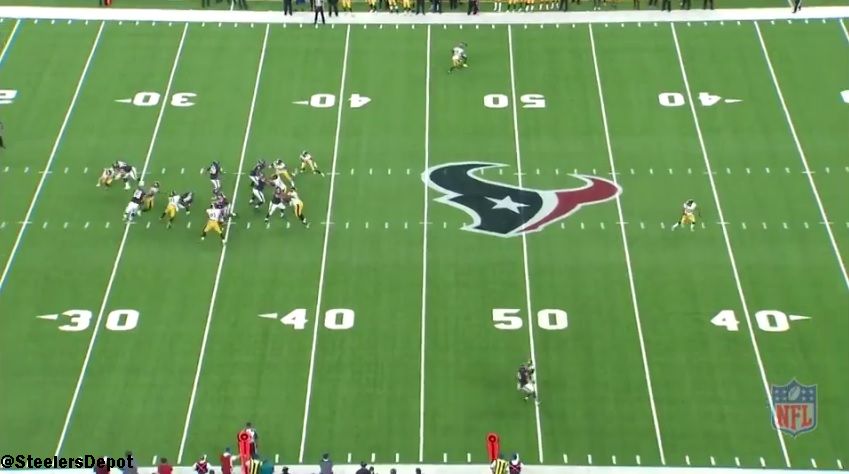 – Brief look at Matt Feiler. Pressure allowed here. Soft shoulder and his base is too narrow. 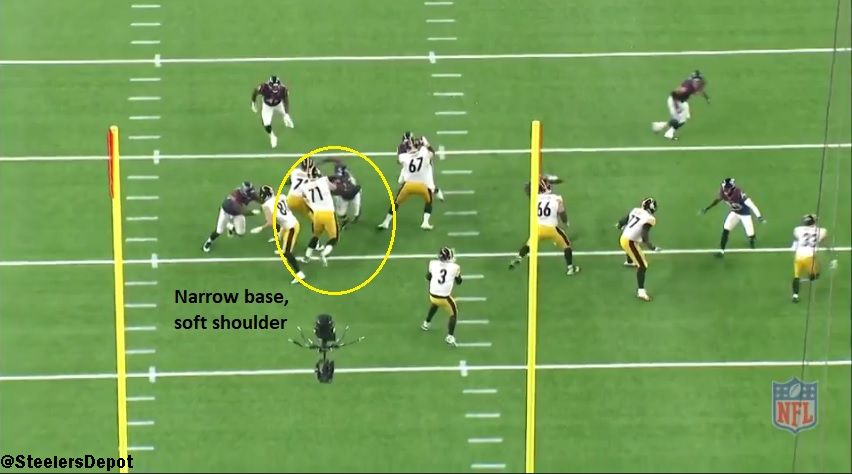 – Stevan Ridley looked good. Vision and showed burst after being on the street for a few weeks. Much prefer him as the #2 than Toussaint.