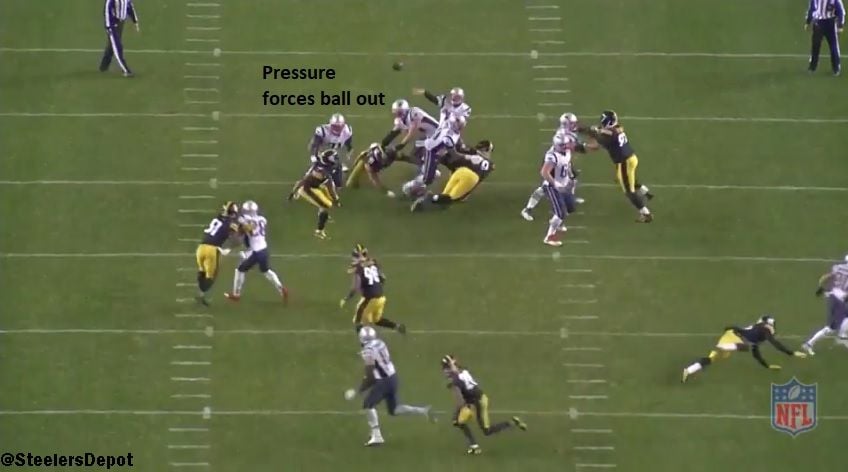 For the first time in his NFL career, Vince Williams came away with an interception. But like any play, there are layers to it. Williams didn’t create the interception alone. You have to thank Sean Spence. And it’s a great example of rush and coverage going together.

Patriots come out in an empty set and motion RB Dion Lewis, with Williams covering, and look to run a mesh route between the back and the #3 receiver to the trips side. 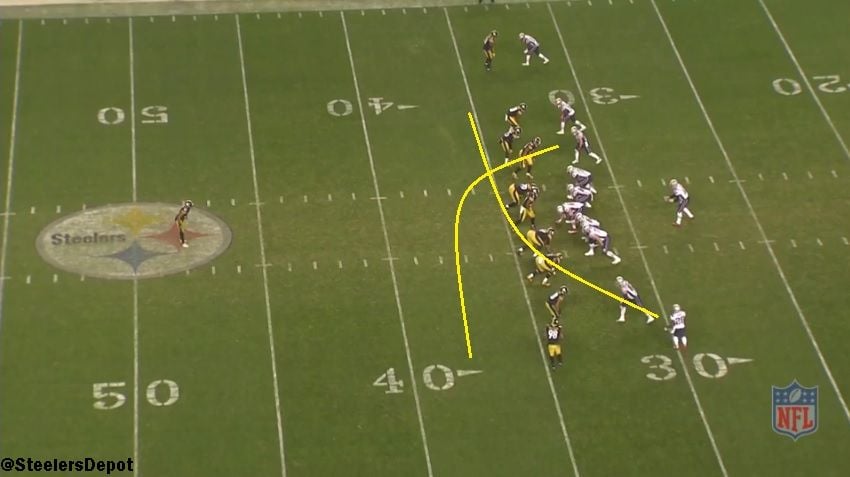 Steelers are in Cover 1 Robber/Rat. Man-free defense with a robber or rat player who is in zone coverage but looking for any crossing routes coming to him. He is reading the eyes of the QB and feeling the coverage around him. On this play, that’s Sean Spence.

He’s the “rat in the hole” looking for those crossers. He feels, or probably got a vocal alert (an “under” call is common), there was traffic his way. So he picks up Lewis, the back coming across under the mesh, and jams him, still legally within five yards of the line of scrimmage. 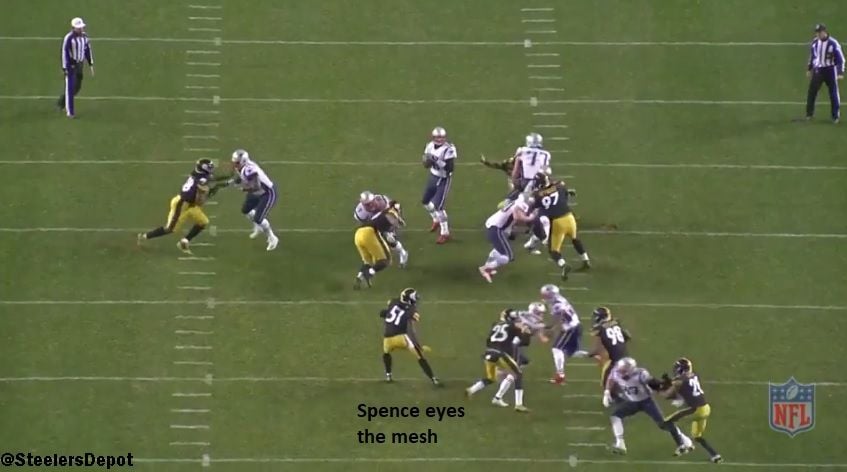 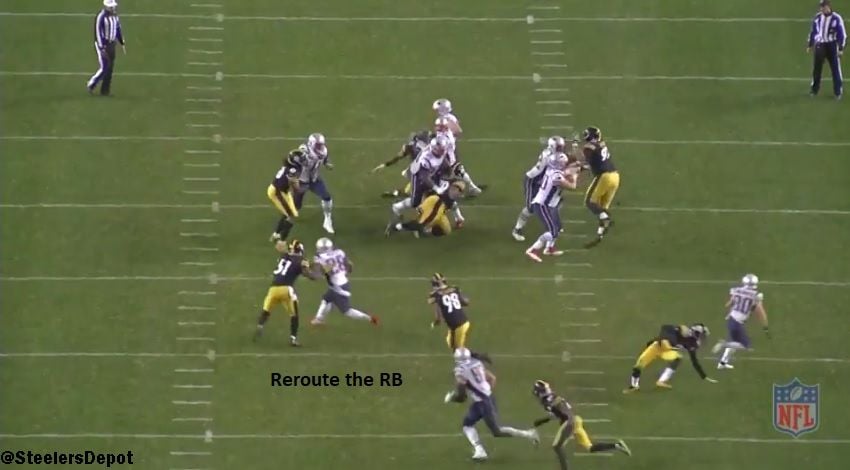 Spence screws up the mesh. Lewis has to try to work under, Spence continues to reroute him off track, and Tom Brady is forced to hold onto the football. That allows the pressure from Javon Hargrave to get there, knocking Brady to the ground as he tries to get rid of it.

The pass is off target and Williams does a good job to make a one-handed snag and pull the ball into his chest, getting upfield for a decent return.

That’s rush and coverage. Spence reroutes the primary read, forces Brady to hold onto the ball, pressure gets home, and the pass is errant. It’s harder to do on Sundays than it is in the gameplan but yeah, that’s the way to beat Brady. Or any quarterback.

Williams earned his interception. Kudos to him. But he better give Spence a fist bump, too. He helped make the play happen.