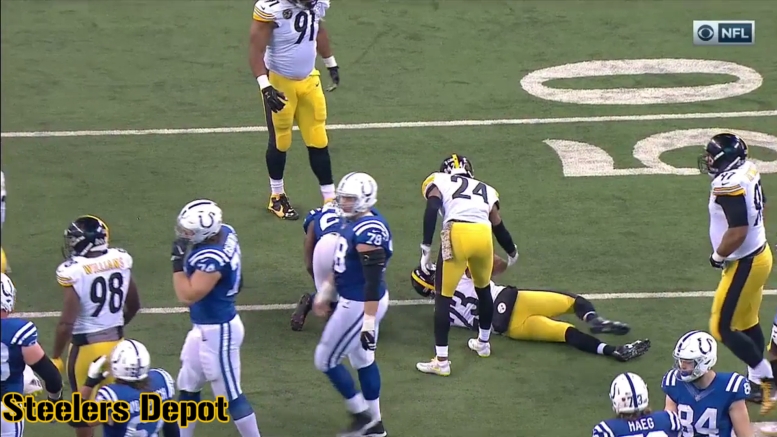 If the Pittsburgh Steelers are hoping to find the cure for what ails them when it comes to their sudden inability to prevent opposing offenses from hitting very deep passes against them, which has grown into becoming a major problem over the course of the past several games, then they will likely have to do so with a bit of a skeleton crew.

While we have already known for some time now that cornerback Joe Haden figures to remain sidelined for at least another game or two, yesterday, the Steelers also ruled that safety Mike Mitchell is also doubtful to play for tomorrow’s game. The veteran has missed roughly about half of the team’s defensive snaps over the course of the past three games since the bye.

Mitchell was injured during the first half against the Colts with a shoulder injury, and ended up missing the next game. While he returned to play against the Packers, he suffered an injury during the game, despite remaining on the field.

Truth be told, Mitchell is not the simple answer to cleaning up those deep receptions. After all, on two of their long receptions in recent games that have ended up going as touchdowns, he was at least partly responsible for the fact that said plays ended in scores by failing to clean up the tackle.

As Dave Bryan has talked about, it is one thing to give up deep passing plays, but it is entirely another thing to allow those deep passing plays to directly turn into six points. As long as you can manage to make the tackle, you can still have a chance of at least holding the opposing team to a field goal, if not even preventing a score entirely, or even turning the ball over.

And it has been becoming a trend with worrying rapidity that those deep passing plays are being converted directly into scores. That is the problem that must be stopped immediately. Those explosive plays are going to happen from time to time, but they don’t have to end up across the goal line.

Unfortunately, the man likely to replace him, Robert Golden, has also been responsible for helping those passes turn into scores. The lack of reliability in the tackling department throughout the season has been a serious issue without a solution, but this has been the biggest problem over the course of the past month, when you consider how much of the touchdowns scored against them have come in this fashion.

Entering this season, Mitchell had never missed a game for the Steelers across the past three seasons since he signed with them in free agency and immediately entered the starting lineup. He is likely to miss his third game of the 2017 season, however, due to a third separate injury situation.