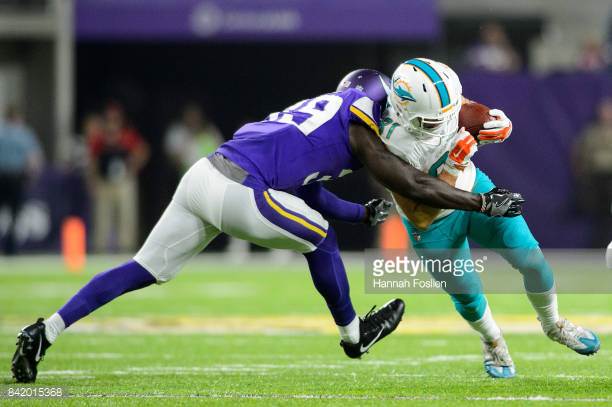 One minor piece of housekeeping for you guys but I know there’s always interest in this stuff. The Pittsburgh Steelers recently had a workout for cornerback Jack Tocho as they continue to update their emergency list.

He was elected captain as a senior for NC State and started all 13 games in 2016 for the Wolfpack. He recorded 37 tackles and picked off a pair of passes. He participated in the East/West Shrine game. He credits his football IQ to his success.

“You just can’t limit it to only know your role,” Tocho told Vikings’ reporters after getting drafted. “So I’d say that having a strong football I.Q. like I have will just help me and my teammates to help put us in the best position to make plays on the field.”

He’s also said he works best in a press man coverage, his size and length (31 5/8 inches) all helping him. Per his NFL.com draft profile, they noted Tocho is “known for his work ethic” and has “good play strength.”

Minnesota waived him at final cutdowns. He was signed to the practice squad in mid-September but it was a short stay, cut again on November 1st.

Teams bringing players in for workouts is nothing new but that’s how the Steelers found Mike Hilton last year. The two seem to share some similar traits, chiefly their football IQ, which surely helped accelerate Hilton’s progress in his first year of regular season action.

With Joe Haden injured and secondary depth a bit on the thin side, we’ll see if the team scoops up Tocho in the next week.