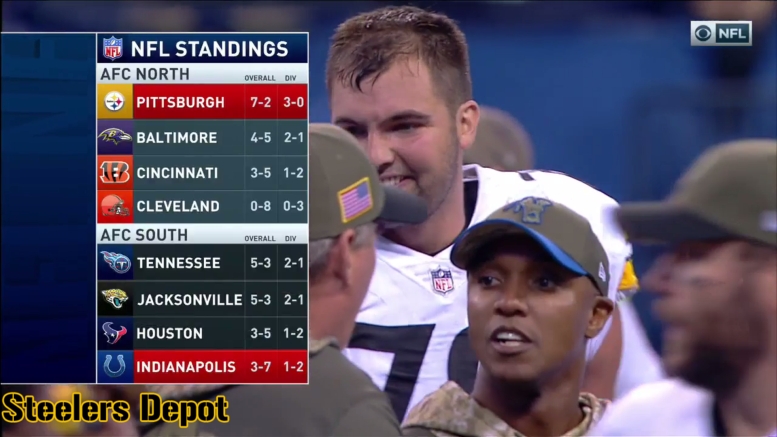 It might not really feel like it now—fans are rarely happy after wins—but yes, the Pittsburgh Steelers are indeed 7-2, winners of their last four games, and owners of the best record in the AFC, controllers of their own playoff destiny, which is on pace for homefield advantage.

Sure, the road to 7-2 hasn’t been as smooth as they would have liked. They just lost cornerback Joe Haden for at least a few weeks, and potentially more, depending on how things go with his fibula fracture, and they required a last-second field goal to beat a bad Colts team, even if it was on the road.

But they are 7-2, and that is a big deal. How big a deal? The last time the Steelers have had a 7-2 record through the first nine games was in Mike Tomlin’s first season as head coach, in 2007. It has been a decade since the team has had this much success this early in the season.

Of course, during that year, they ended up going 3-4 over the course of their last seven game, backing their way into the playoffs, yet still winning the division at 10-6, only to lose to the Jaguars in the Wildcard Round. The late-season skid coincided with key injuries to Aaron Smith and Troy Polamalu, while they rested starters for the season finale, which they lost.

I wouldn’t exactly anticipate that happening, even though they did just suffer the Haden injury, which, optimistically, does not appear to be season-ending. As long as they remain relatively healthy, they have a favorable schedule with five-of-seven remaining games being played at home, and only two games—both at Heinz Field—against opponents above .500 with healthy quarterbacks.

The last time that the Steelers have even gotten to 7-3 was in 2011. They went 12-4 that year, but so did the Ravens, who won the tiebreaker for the division. Thus, Pittsburgh had to play on the road during the Wildcard Round, and they got Tebowed out of the playoffs, a memory of which I’m sure you are all quite fond.

And the Steelers will have an opportunity to get a quick jump on the New England Patriots, as they host the Titans on Thursday Night, meaning that they can close out this week at 8-2, a feat that, if achieved, would be bettered only by the 15-1 season of 2004. They also went 8-2—even 12-2—in 2001. With Kordell Stewart. Averaging 22 points per game.