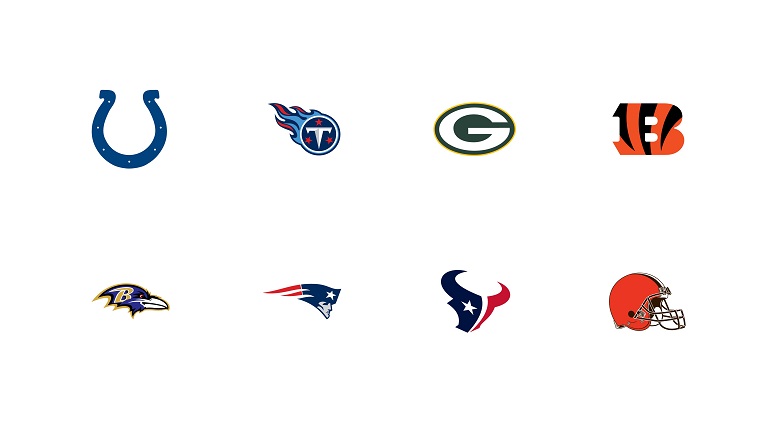 For the first time in a long while, there will be a weekend lacking Pittsburgh Steelers football. While the Steelers have certainly enjoyed their week off from the physicality of the sport, other teams have not had this luxury. Thanks to two season ending injuries suffered by Houston Texans quarterback DeShaun Watson and Indianapolis Colts quarterback Andrew Luck, the Steelers have still been indirectly affected by football even during their bye.

That is because Watson and Luck join Aaron Rodgers of the Green Bay Packers as starting quarterbacks that the Steelers will dodge during the final stretch of their season.

Sitting at 6-2 and in the driver seat for home field advantage in the AFC, the Steelers have perhaps the easiest second half stretch out of any AFC contender. Below are how the Steelers’ remaining quarterback foes stack up on paper. 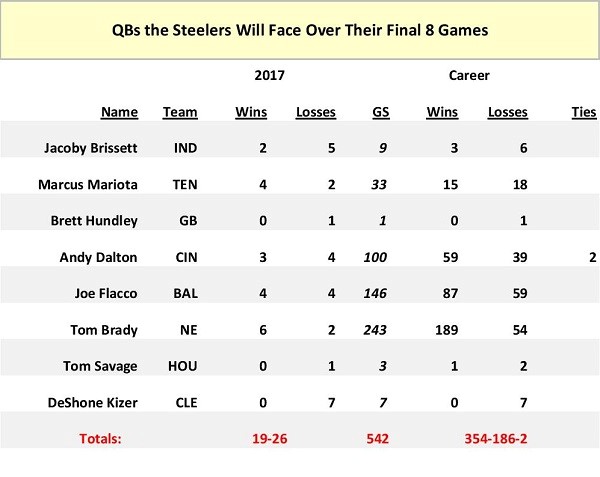 Along with inexperience, another common theme seen throughout the quarterbacks is their losing records this season. The eight remaining quarterbacks that the Steelers are currently scheduled to face are a combined 19-26 this season. Brady and Tennessee’s Marcus Mariota are the only quarterbacks with more wins than losses, as the other six quarterbacks are an even .500 or worse.

Even the usual tough divisional matchups seem to be lacking their luster due to poor quarterback play. Cleveland’s DeShone Kizer currently leads the NFL in interceptions with 11 while Dalton and Flacco are not far behind with eight interceptions each.

Just as in years prior, it seems that the one obstacle that will stand in the Steelers’ path is Brady and the New England Patriots. While Brady has been an insurmountable obstacle to the Steelers over his career, perhaps this year will be different.

The newly improved Steelers secondary is currently second in the NFL in passing yards allowed per game and has allowed the second fewest amount of passing touchdowns this season. While the numbers sound pleasing to read, it will be up to the men in uniform, not the stat sheet to overcome the immortal Brady. And though it may be no guarantee, this year’s defense is perhaps the Steelers’ greatest shot in years at defeating their kryptonite.

While the Steelers’ road into the post season may seem more relaxing than a Sunday morning walk in the park, there may still be a few bumps in the road. As the Texans learned earlier this week, anything can change in an instant. What looked to be meaningful December football has evaporated into dread in an instant for the Texans. But in a weekend where no Steelers’ football will be played, it is nice to look ahead and envision how easy everything may be.