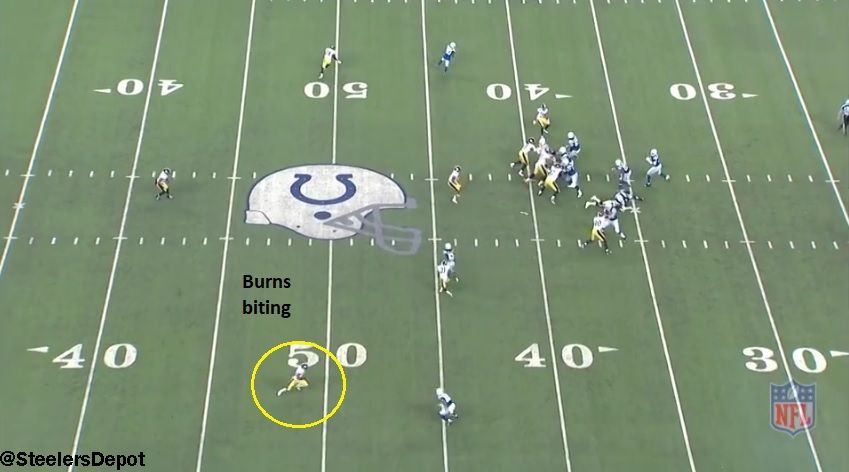 The Pittsburgh Steelers’ defense put the clamps on the Indianapolis Colts’ second half offense Sunday. They kept the game close until the offense finally got in gear and came storming back. So on the whole, allowing 17 points, recording three sacks, picking off a pass, it all looks good.

Then again, there were a pair of 60 yard touchdown passes mixed in there. It’s the first time they’ve allowed two such plays in the same game since 1983, when James Lofton caught 71 and 73 yard touchdowns in a Green Bay Packers loss to the Steelers. So yeah, been awhile.

How did things go so wrong? We’ll take a look at both plays today and find out.

The first is easier to explain than the second. Donte Moncrief’s 60 yard score in the second quarter. Cover 3 with Artie Burns needing to carry Moncrief vertical. Jacoby Brissett executes a subtle but effective shoulder fake to get Burns to bite on a curl and Moncrief fakes breaking down to influence Burns even more. Burns is beat and he knows it. Tries to grab Moncrief to slow him down but can’t. 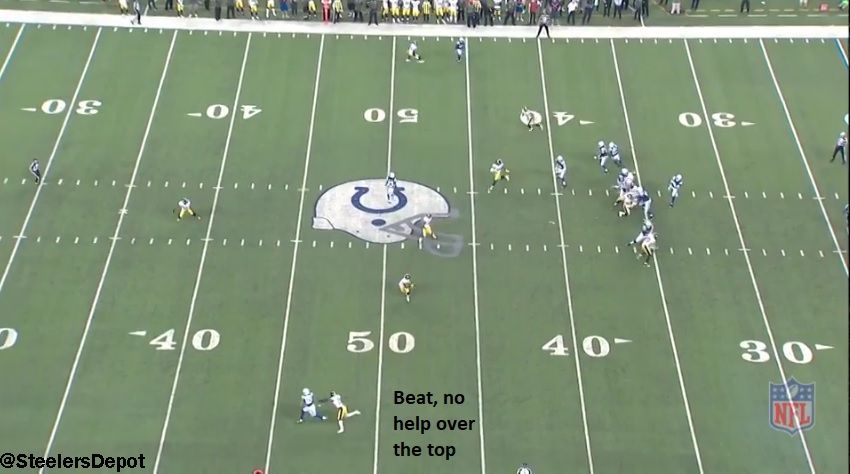 Not Mike Mitchell’s fault. Isn’t going to be able to make up that kind of ground. Good throw and Moncrief scoots in.

So that’s pretty clearly on Burns. He’s still young and can get influenced by an offense’s tricks. Joe Haden has had trouble with it too, so it’s not all “Artie being Artie” but those mistakes are clearly costly.

The second one is trickier to figure out but only slightly. Again, single high look and Cover 3. Colts are in a 2×2 look with the slot receiver to the top running down the right seam. The #1 receiver runs an out route, holding the corner, and no one carries the slot (#2). 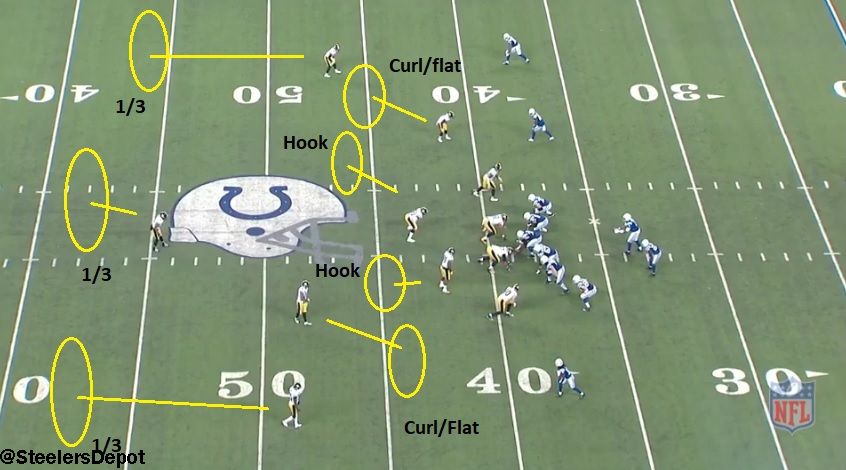 It’s one of my biggest gripes with LeBeau and Butler’s defenses. They do a poor job of defending the vertical seam. 2015 against Seattle was the worst example of that but it’s shown up time and time again, even on plays where the QB didn’t look that way. 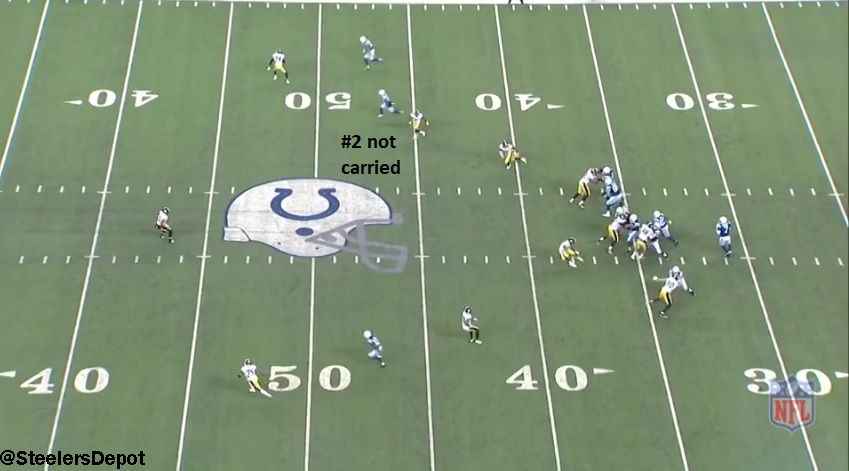 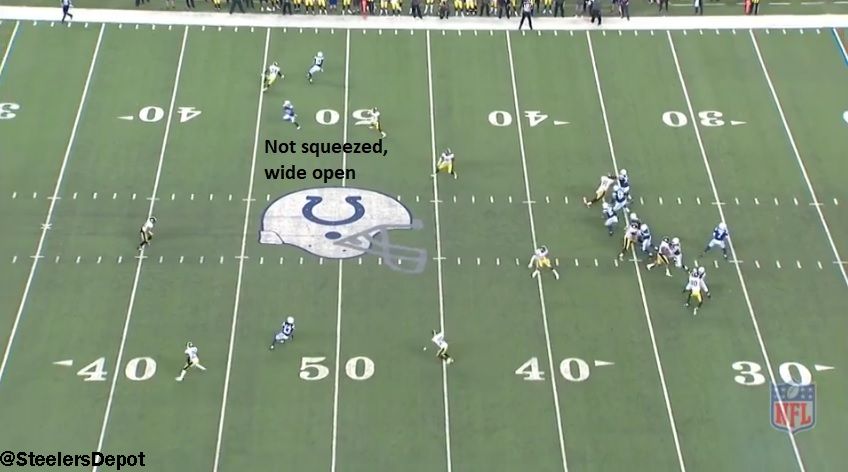 Here’s an example of it early in the year, Week One against Cleveland. Not as costly but a 30 yard completion late in the game.

And your GIF of what happened Sunday afternoon.

So I am guessing this falls on Mitchell to carry #2. He has to match it. But I don’t get why the team can’t consistently carry that seam receiver instead of forcing the safety to squeeze the throw at the catch point.

To cap it off, Hilton and Mitchell miss the tackle and Mitchell busts his ankle on the play while Chester Rogers waltzes into the end zone. U-G-L-Y.

Here’s one example of it working how it should. Carrying #2 downfield. Watch Hilton in the slot to the bottom. That’s not a straight man coverage. That’s just matching the vertical threat. Why don’t we see it more often?

There’s times where quarterbacks have thrown the seam, as the Colts did Sunday. There’s times it’s been opened and missed and times where the QB wanted to try a safer throw. The four verts concept is always a good way to beat Cover 3. The Steelers just haven’t quite figured out a way to consistently stop it. The answer, however, is there.