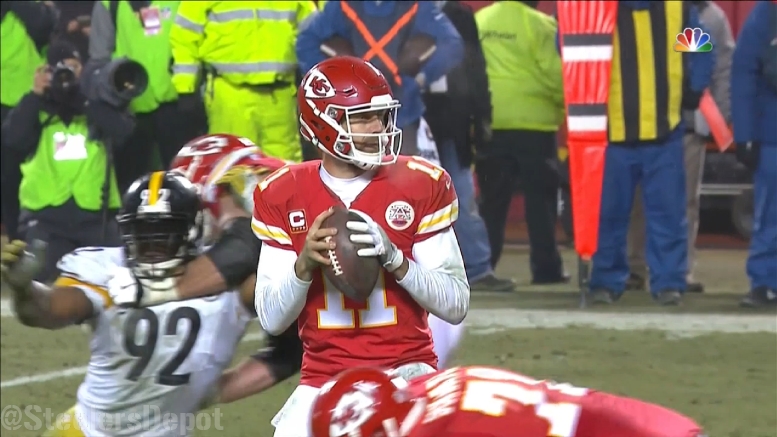 Pittsburgh Steelers defensive coordinator Keith Butler said that 39-year-old outside linebacker James Harrison is going to dress for the first time in the past three weeks after being a healthy scratch two games in a row. Harrison said that he’s heard that he’s going to dress, but he has “no clue” what his role is.

So I have a few ideas. Options, rather, to be weighed against one another.

This really depends on how the coaching staff feels so far about the trajectory of rookie starter T.J. Watt. In four games, he does have a few sacks, and a few more tackles for loss in the run game, to do along with an interception.

But that doesn’t necessarily mean that everything he has done, he has done well. Harrison was still the most productive pass-rusher from the position last year on a per-rush basis, and Watt’s has been more sporadic. You’re also not going to find a better run defender at the position.

I wrote earlier this season when Harrison was first sat down on the bench that, barring injuries, it would be difficult for him to dress, and that it would require a shifting of priorities, given that he doesn’t play on special teams. A cooling off of either Watt or Anthony Chickillo would serve that.

If not starting him and expecting him to log 85 to 90 percent of the snaps, then the Steelers could weigh the option of simply rotating him in, which is the primary approach that they have taken at outside linebacker for the past couple of years. It could go by some number of series or simply when fresher legs would serve. Doesn’t need to be an exact science.

If neither of the above tickle one’s fancy, then they can also simply use Harrison as Joey Porter said that they would, as something of a relief pitch. He can be deployed to serve a role in select situations, such as on third downs. They could even have a package that involves having three outside linebackers on the field.

Or they could ask him to play on special teams. I don’t even know when’s the last time he’s done that, but I’m just going to ballpark it and guess that it was in 2009, when the Steelers were having so much trouble on special teams that they asked some of their starters to play.

Ultimately, I think the Steelers will use him in a minor role rotationally, maybe one drive in every three or four or so, but that they will add to that a component in which there is a specific package that gets him on the field when a situation calls for it.