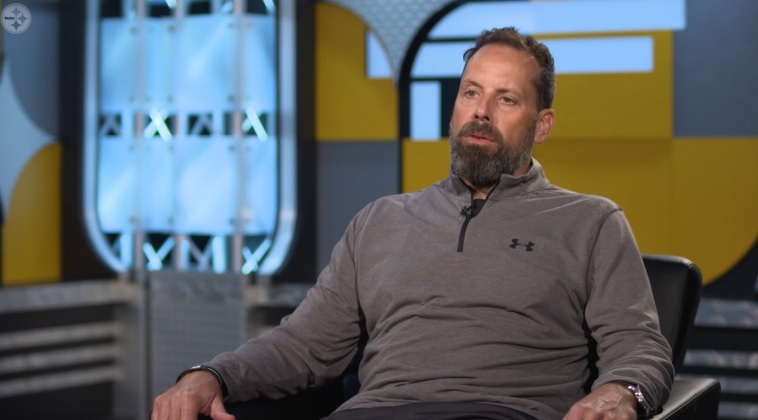 As we will do every Saturday to get you ready for the week’s game, our X Factor of the week. Sometimes it’s a player, unit, concept, or scheme. What will make or break the Pittsburgh Steelers as they travel to take on the Detroit Lions.

I teased this earlier in the week that Haley may get the ‘ol Depot spotlight for this weekend’s tilt against the Lions. And here he is. Ben Roethlisberger noted earlier this week how complex Detroit’s defense is. They’re fundamentally sound, athletic, and have talent at all three levels. Ziggy Ansah on the defensive line, Jarrad Davis at linebacker, and Darius Slay/Glover Quin in the secondary. Ben went on to say how much the Lions’ defense throws at you, rarely showcasing the same look, and how critical in-game adjustments will be once the Lions start to tip their hand.

That will come down to Haley to figure out what’s working and what isn’t. That’ll have to happen quickly, too. The Lions’ defense is too opportunistic to let many mistakes slide.. They’ve picked off nine passes and done it from a variety of places on defense from the safeties to the defensive line.

“I think they got quality players, number one,” Haley said via Steelers.com. “The guys up front create havoc which is where it starts generally with 4-3 teams to begin with. But they’re very sound in the back end. I coached with [defensive coordinator] Teryl Austin and know him very well, know he’s a very good coach. They’re a sound defense. When you’re a sound defense, you seem to get luckier than other teams because you’re in the right spot at the right time.”

Pittsburgh’s offense has finally perked up the last two weeks. But it hasn’t been perfect and situationally, they’ve still been terrible. The red zone and third down woes haven’t been fixed and if anything, have continued to regress. They are alarmingly bad and I say that with no sense of hyperbole.

The players have begun to execute. Haley has done some things to help facilitate that from sticking with the bread and butter in the run game, going back to staple play calls in the pass game, and running more concepts that work off each other than having the route tree feel do independent.

But the Lions will be a tough task. A team Pittsburgh doesn’t see often. And on the road where life is just that much tougher. A good game by him means a good game for the offense and the Steelers will continue to sit in the AFC’s driver seat.