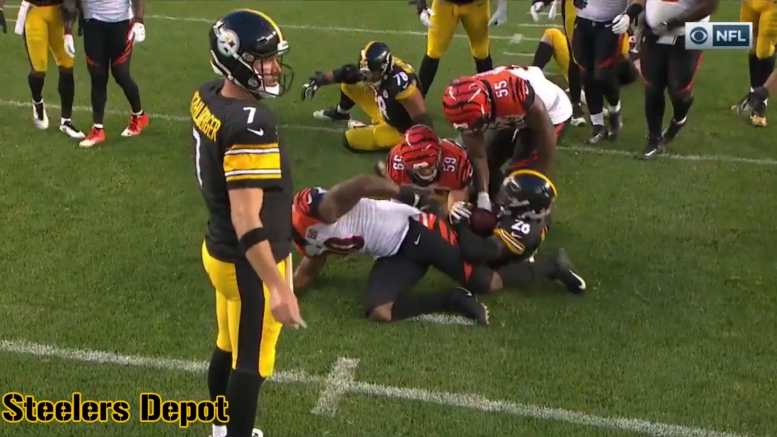 According to Pro Football Reference, the Detroit Lions have not had to face a whole lot of instances of third and short on defense so far this year. Their database shows only 17 plays in which their defense on third down has had between one and three yards to defend.

And they have been pretty good in getting off of the field in those situations, only allowing six of them, or 35 percent, to be converted. Allowing about a third of short-yardage plays on third down to be converted into a new set of downs is a worthy standard to live up to.

The Pittsburgh Steelers, who have admittedly struggled recently in converting on those third and short opportunities, are hoping to be one of the few teams to successfully navigate those waters. The Cardinals were able to convert three of five such opportunities, though they lost. The Falcons converted two of three. Carolina converted one of two.

Even though all of these plays were within three yards, the play selection has heavily favored the pass, 11 to six. Opponents took two sacks, but completed six of nine passes for 73 yards. Only four of those completed passes moved the chains, however. Two of six runs converted. Four of them came on third and one.

But let’s look, then, at the flip side. How have the Steelers done, statistically, on third and short this year? According to the same source, they have faced 26 opportunities to convert on third and one to three.

They have converted 16 of those attempts for better than 60 percent—perhaps more than many would expect. But it doesn’t help perception, nor percentage, that they went 0-for-3 against the Bengals. It was, in fact, the only game this season in which they didn’t have at least two conversions on third and short. The worst they had done previously was a two-for-four showing in Kansas City.

But that does mean that they are just two for seven over the course of their past two games, which is concerning. They successfully converted on 14 of their first 19 third-and-short attempts for a conversion rate of nearly 75 percent, and over the last two are not even converting at 30 percent.

Given the Lions’ success in this area, it would seem that Detoit would be the ideal location in which to buck this recent trend, but stranger things have happened. Le’Veon Bell is two-for-four converting, while Terrell Watson is three-for-three.

Antonio Brown has caught six of nine targets on third and short, all six receptions converting. Jesse James has two catches on two targets for two first downs, while JuJu Smith-Schuster is one-for-one. Martavis Bryant has been targeted twice on third and short and been held without a reception. One of them was an overthrow on a deep pass.