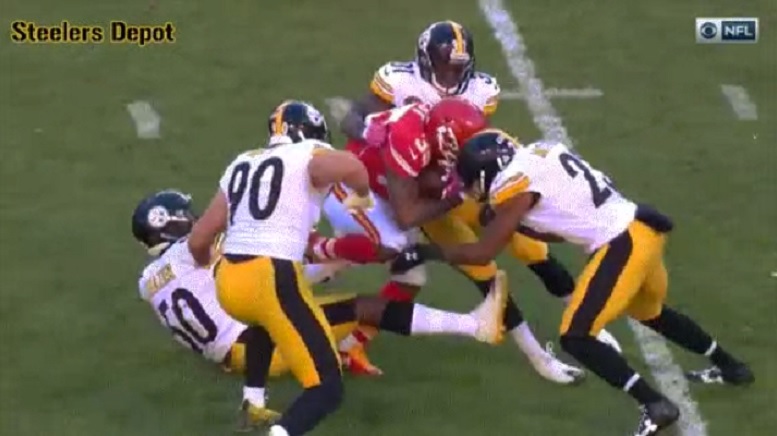 It was reported Thursday afternoon that Pittsburgh Steelers safety Mike Mitchell was fined $48,620 this week by the NFL for his Sunday low hit on Kansas City Chiefs quarterback Alex Smith but as it turns out, that amount was for another hit of his during the Week 6 game.

According to Ian Rapoport of the NFL Network, Mitchell was fined $48,620 for his second quarter hit on Chiefs running back Charcandrick West. Mitchell was also fined for his hit on Smith in the third quarter of that game but that only cost him $9,115. That amount coincides with the fine amount for a late hit.

Presumably, Mitchell’s fine for hitting West was for him hitting a defenseless player and the amount is double the $24,309 for such an infraction because Mitchell is a repeat offender. Mitchell was not flagged for his hit on West during Sunday’s game.

In total, Mitchell has apparently been fined $57,735 this week and as he said on Thursday, he plans on appealing.