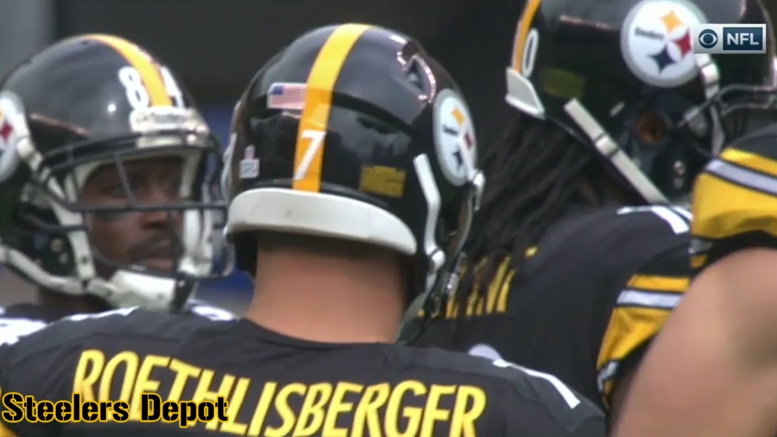 The Pittsburgh Steelers Sunday home loss to the Jacksonville Jaguars might easily be considered the worst career regular season game that quarterback Ben Roethlisberger has ever had. After all, he did throw a career-high 5 interceptions during Sunday’s game and two of them were returned for touchdowns. Sure, Roethlisberger’s Sunday old school quarterback rating of 38.8 wasn’t the lowest of his long career, but with that said, only one other time during his career has he had a lower single-game rating that ended in a Steelers loss.

Now that Roethlisberger’s poor play on Sunday is more than 24 hours behind him, it will be interesting to see if he can rebound next Sunday on the road against the Kansas City Chiefs, who enter that contest undefeated on the season.

Prior to Sunday’s five-interception performance, Roethlisberger had thrown four picks in a regular season game twice. His first four-interception game of his career came in a 2006 20-13 road loss to the Oakland Raiders. He threw for 301 yards in that game and was sacked a total of five times. So, how did he play the following week at home against the Denver Broncos? Well, while he did throw for 433 yards against the Broncos, he also threw three more interceptions and the Steelers lost that game 31-20.

In 2008, Roethlisberger had his second four-interception game of his career in a home 21-14 October loss to the New York Giants. The Steelers quarterback completed just 13 of 29 total pass attempts in that game for 189 yards and was sacked five times to boot. The following week the Steelers played the Washington Redskins on the road and won 23-6. However, Roethlisberger completed just 5 of his 17 total pass attempts for 50 yards and an interception before leaving that game at halftime with an injured throwing shoulder.  Then-Steelers backup quarterback Byron Leftwich led two second half touchdown drives to secure the win.

As most of you already know by now, Roethlisberger has had a rough go of it the last few seasons when playing on the road. Playing in Arrowhead Stadium on Sunday against an undefeated Chiefs team will certainly be a big test for Roethlisberger and especially when he’s looking to rebound from perhaps his worst game of his long career. A solid showing in a winning effort by Roethlisberger will go a long way in showing fans and analysts that he’s far from being a washed-up quarterback.