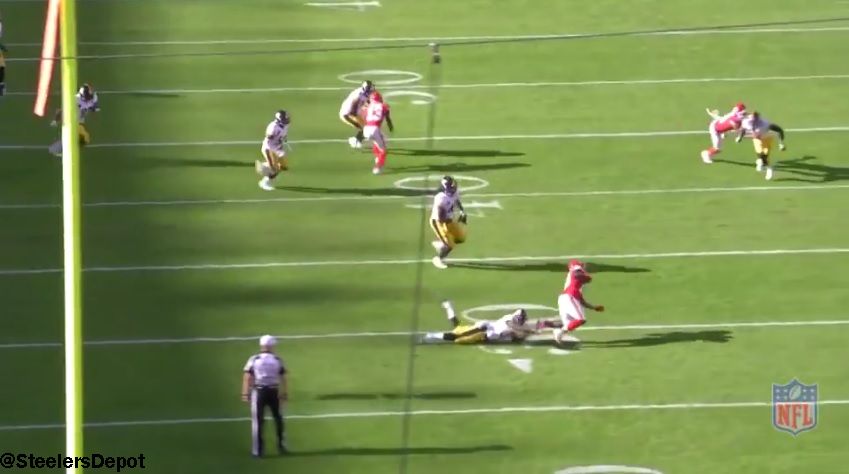 Game notes from the Pittsburgh Steelers 19-13 win over the Kansas City Chiefs.

– Kick return unit. McDonald-Watt-Matakevich-Chickillo-Fort in the front. Golden behind. Walton/Conner/Nix the wedge with Watson/JuJu the return men. 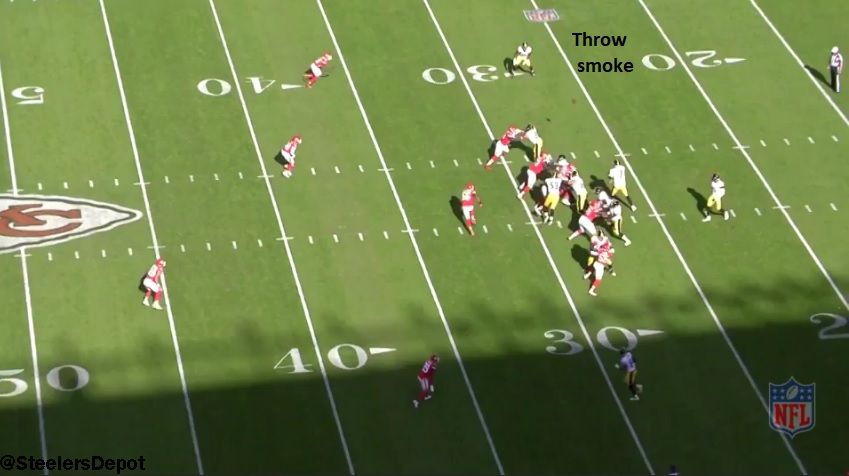 – PR unit. Golden-Chick-Fort-DHB-Matakevich-Nix-Watson. DHB/Burns jammers to one side, Sensabaugh to the other. 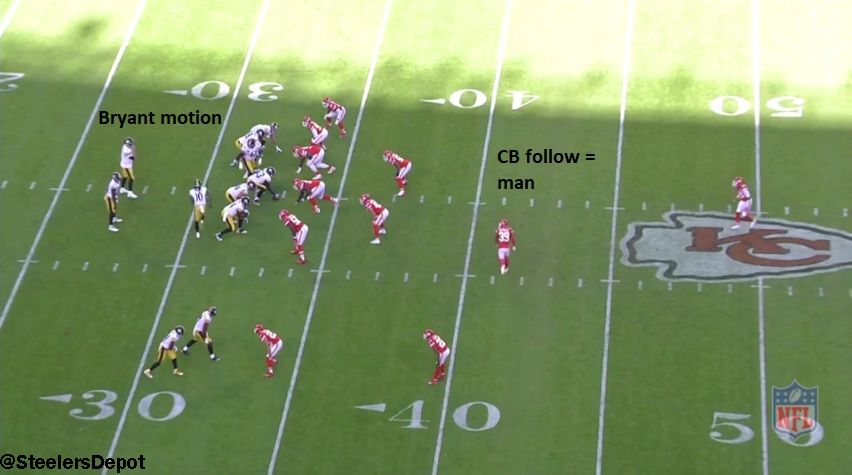 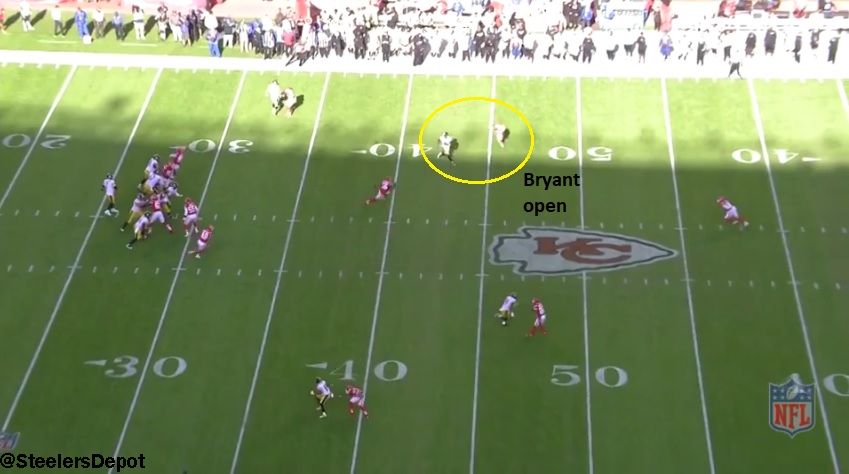 – If Antonio Brown keeps moving on the eventual INT, there’s a good chance it goes for six. 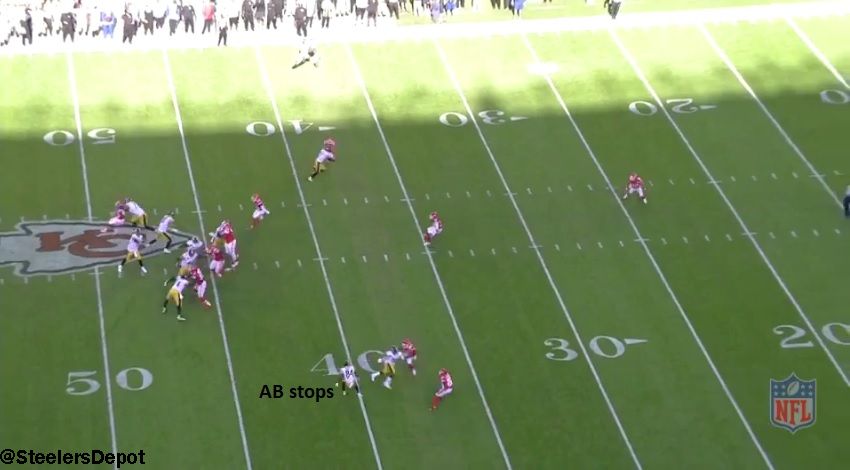 – Smart by Cam Heyward. Slides down half a gap on 3rd and 1 to stop Alex Smith from picking up the first on the QB sneak. Bubble that was there taken away. 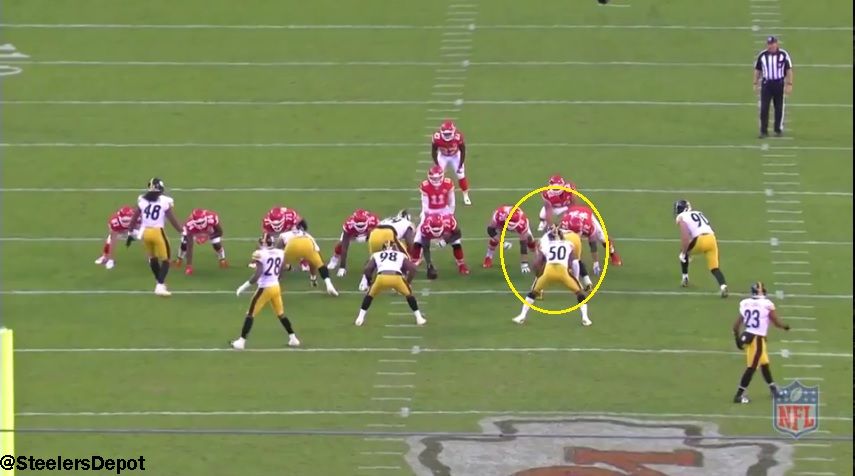 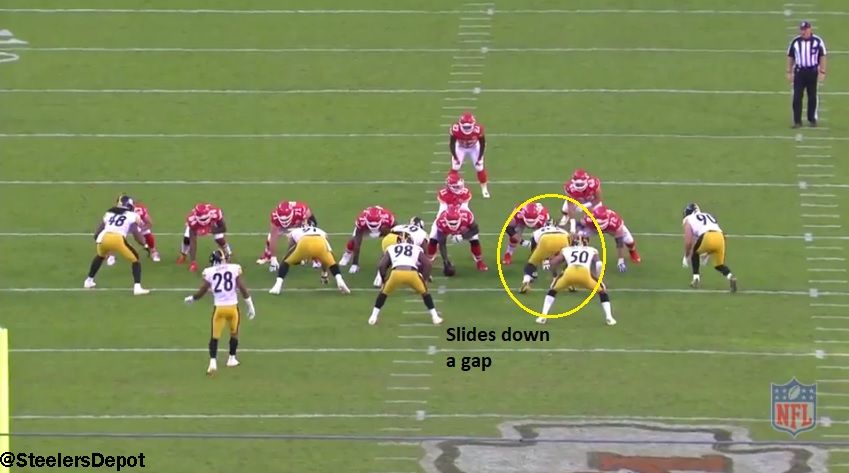 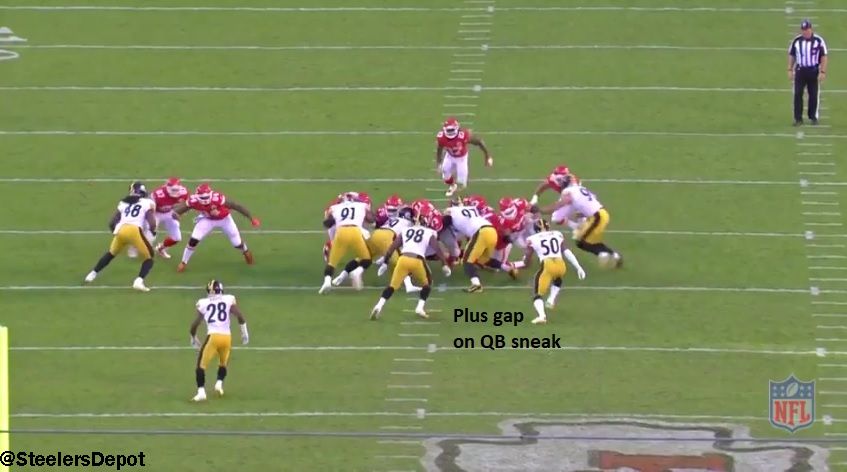 – Love the vision by Le’Veon Bell. Counter run that’s supposed to go off the outside hip of the puller. But isn’t there so Bell cuts inside for a nice gain. 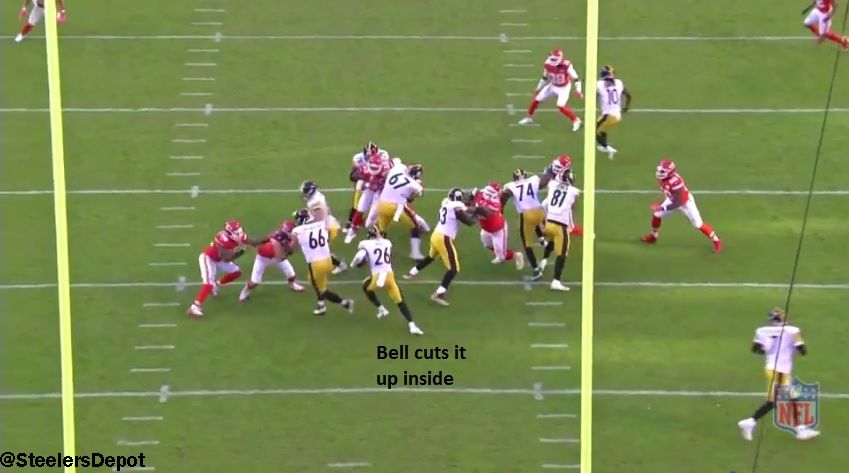 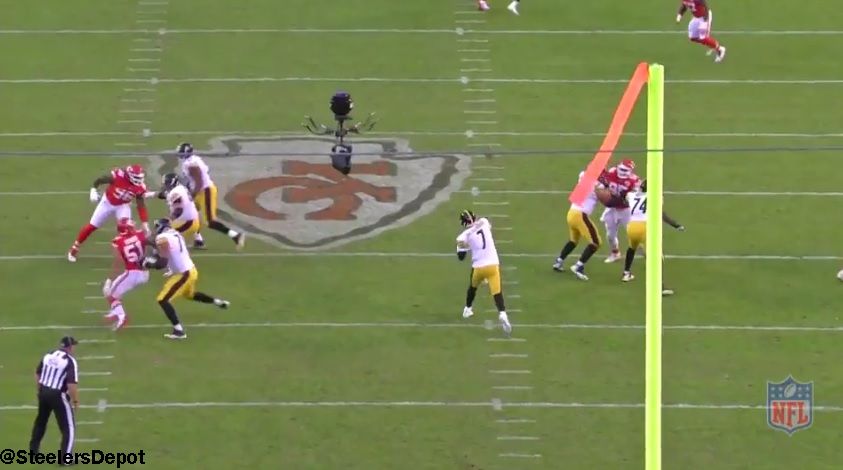 – Might as well be a 7v7 drill. Only a three man rush but still, what a pocket. Ben Roethlisberger hits Antonio Brown for a 17 yard gain.

– Steelers in Cover 2 but pattern matching to the trips side. Zone to the solo. 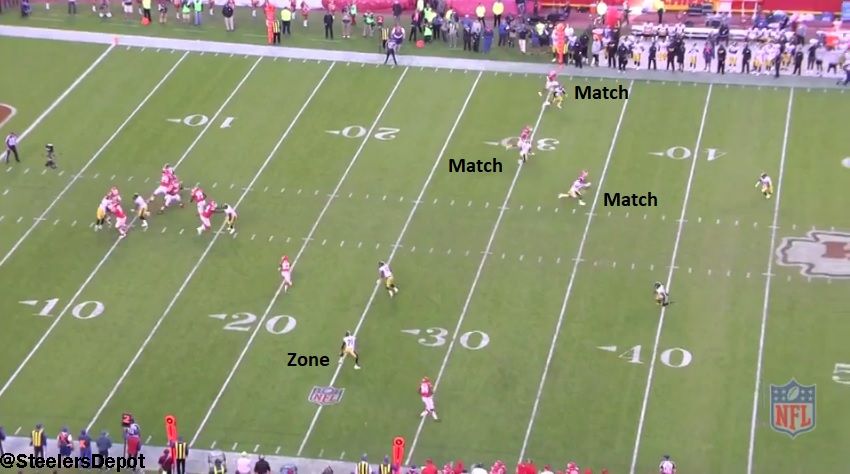 – Mike Mitchell guessing, biting on the cross. #2 free down the seam. Got lucky, Smith scrambled. 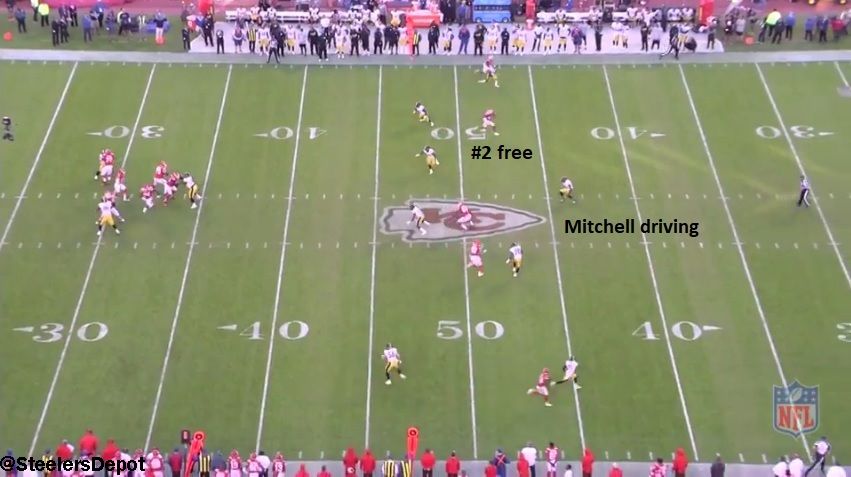