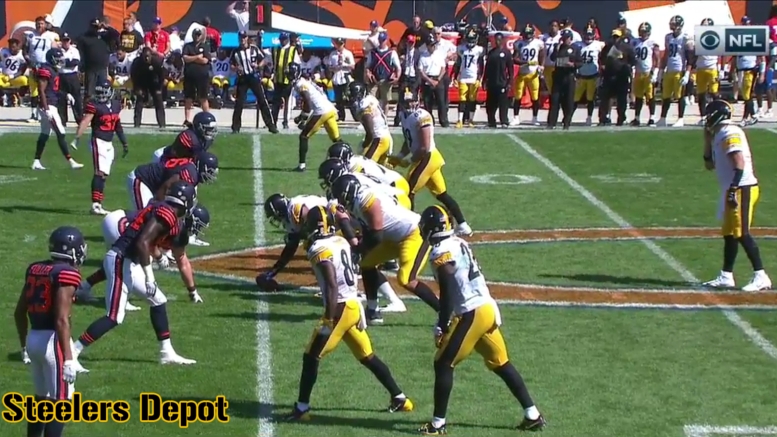 One of the topics that I find has been discussed of late on our boards has been the Pittsburgh Steelers’ assumed inclination to use five-wide sets, perhaps to some with excessive frequency. While this conversation in mind, I thought it would be interesting to take a look back at the season to date at its usage.

Now, it’s a bit difficult to hunt these plays down in my charting, since there is no simple checkmark for plays that featured five players presenting themselves as wide receivers. You simply have to look for those plays within the listings.

But by my count there have been 20 such plays to date on the season, so let’s take a look at how they happened and what the Steelers were able to get out of them.

Shockingly, by my count, all 20 plays were designed pass attempts, although they didn’t always end up with a ball being thrown. Ben Roethlisberger was sacked on two occasions out of five-wide sets, both of them coming out of the 11 package with Le’Veon Bell and Jesse James on the field.

Excluding two throws wiped out by penalty, Roethlisberger attempted 16 passes out of five-wide sets, completing 10 for a completion percentage of roughly 62.5. One of those completions featured a spot foul, so for the purposes of determining yards per pass attempt, I’ll use the yardage gained rather than net yardage.

The Steelers have gained 77 yards on those 16 pass attempts, averaging just 4.8 yards per pass attempt. Taking in as a whole all 20 plays and their cumulative results—including sacks and penalties—the team is averaging a pitiful 1.9 yards per play.

I entered this article not really having a predetermined opinion about the usage of the five-wide sets—or at least I tried not to—but if the Steelers are going to gain on average a pathetic two yards per play, then I suppose I am going to have to get on board with those who don’t want to see them use it.

Though part of the argument against using it has been the idea that the team runs it too frequently, and, having done it just 21 times in five games, we are really only at about four usages of the look per game, which is not a lot, in my opinion.

The longest gain that the Steelers have had on any play out of a five-wide look is 10 yards, a feat that they achieved twice. They have also twice picked up nine yards. On the other 16 plays, collectively, they actually lost one yard in net, though that includes minus-15 yards in sacks and another minus-18 in penalties.

But how many were successful plays? Seven picked up first downs outright, while another play was ‘successful’ relative to down and distance. So eight out of 20, which is not good. But, okay, what about the most recent example?

As I pointed out in my charting notes yesterday, the Steelers ran eight plays out of the five-wide look, which was by far the most of the year. They averaged 4.25 yards play, but four of them picked up first downs, another was successful, and a sixth completion was a six-yard gain on first and 20. Of the two incompletions, one was a throwaway.