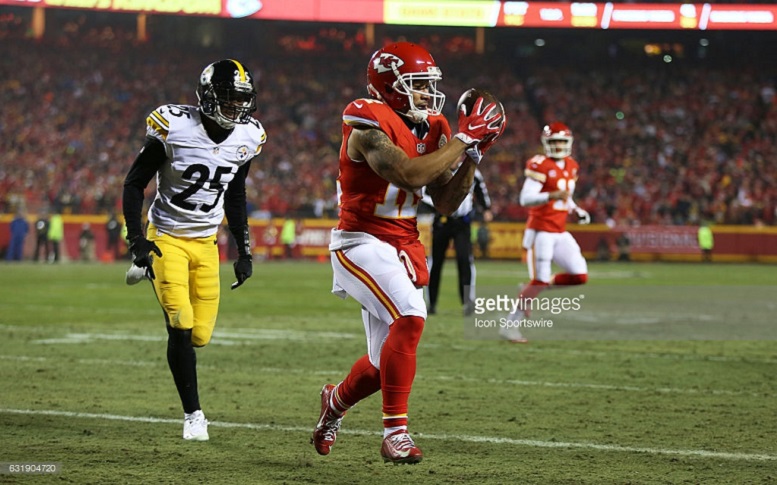 The Kansas City Chiefs made a change to their Week 6 injury report on Saturday as wide receiver Albert Wilson is now listed as questionable for Sunday’s game against the Pittsburgh Steelers.

Wilson, who practiced on a limited basis on Thursday and Friday after not practicing at all on Wednesday, is currently dealing with a knee injury that he suffered during the Chiefs Week 5 game against the Houston Texans.

The Chiefs made a change to their injury report and wide receiver Albert Wilson, who normally would inherit the… https://t.co/bfkLhXYfzj

Although Wilson never practiced fully this past week the Chiefs chose not to give him a game status designation on Friday after Kansas City head coach Andy Reid indicated the wide receiver was expected to play against the Steelers.

Wilson is expected to take over for Chiefs wide receiver Chris Conley, who suffered an Achilles injury against the Texans. He enters Week 6 with 16 receptions on the season for 158 yards and a touchdown.

In related news, the Chiefs placed Conley on their Reserve/Injured list on Saturday due to Achilles injury. To fill his place on their 53-man roster the Chiefs signed wide receiver Marcus Kemp off their practice squad.