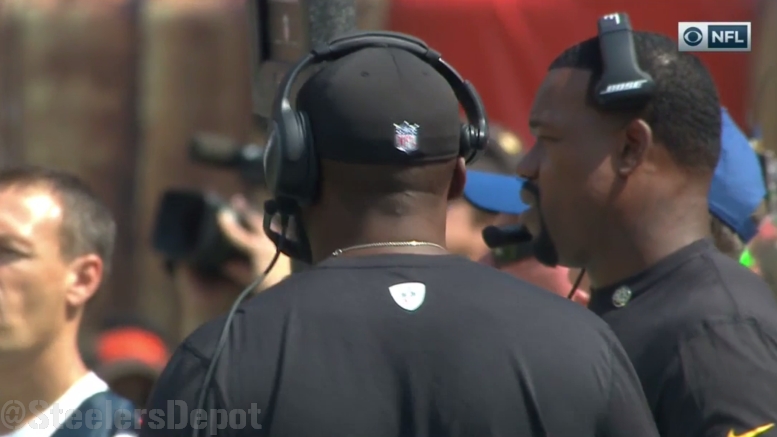 Back during the preseason, third-year Pittsburgh Steelers outside linebackers coach Joey Porter told reporters that rookie first-round pick T.J. Watt was going to be the starter at the right outside linebackers position, and that former Defensive Player of the Year James Harrison was going to be essentially coming off the bench and picking up scraps.

A former Steelers outside linebacker himself, Porter has a bit of an unfortunate history on this frontier when it comes to predicting a reduced playing time and workload for Harrison, having done so in each of the two prior seasons only to see him play more—and eventually significantly more—than projected.

In his defense, he was largely predicating his argument on the notion that Jarvis Jones was going to develop into a full-time starter, something that never happened—and which from the early showings looks as though Watt has already done, as he recorded two sacks, an interception, and several defensive stops in his debut.

As for Harrison, he played just four snaps, Watt receiving the rest of the time. In fact, the Steelers appeared so committed to the plan of sticking with two primary pass-rushers that, despite the absence of Bud Dupree, his replacement, Anthony Chickillo, also played all but four snaps, his vacated plays assumed by Arthur Moats.

Now, one game is a miniscule sample size and a far cry from establishing a trend, but so far it’s hard to argue against the indications that the team is going to leave Harrison on the bench much of the time as the designated pinch hitter.

Not because he can’t still play, of course. On one of his four snaps, I recall, he drove Joe Thomas back into the pocket and into the rookie quarterback’s lap. Watt never came close on any of his pass-rushing snaps to generating a similar display of power.

But he could still be needed later on in the season. That is when his role increased last season, entering the starting lineup for the final seven games of the regular season and through the playoffs, gradually increasing his playing time to the point at which he hardly came off the field.

As for Harrison himself, he has gone on record this offseason in stating that he would feel comfortable starting and playing somewhere in the vicinity of 50 snaps a game. That’s good to know for the Steelers, and even better to not need it.