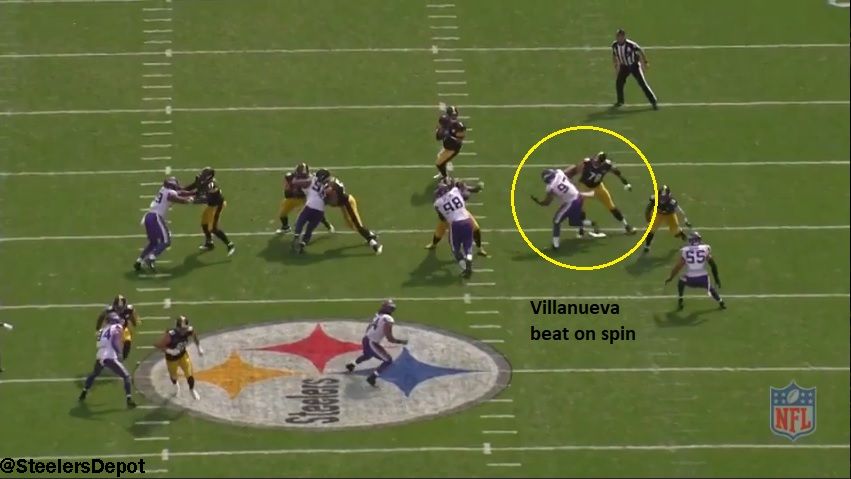 Back to break down the two sacks given up by the Pittsburgh Steelers in their 26-9 win over the Minnesota Vikings.

Steelers run a full slide to the offense’s right (defense’s left), leaving Alejandro Villanueva by himself on RDE Everson Griffen. Mostly by himself, at least. Le’Veon Bell leaks out to his side, trying to provide a chip. 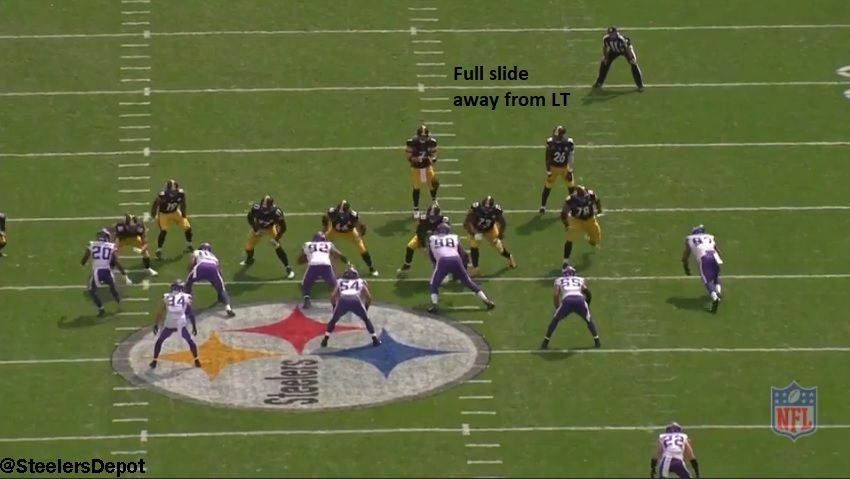 The reason is understandable and common. Full slide, no guard help, and Griffen is their best pass rusher. But chips can have unintended consequences, rerouting and/or changing the DE’s pass rush plan. I think that may have influenced Griffen to use his inside spin move, though the fact he saw Foster work away from him probably also served as influence.

That said, Villanueva does need to understand he has outside help and if Griffen wants to run the edge, Bell is going to slow him up. Has to protect inside and not let Griffen cross his face. Unfortunately, that’s what happens, a really strong spin that Villanueva is unable to mirror. 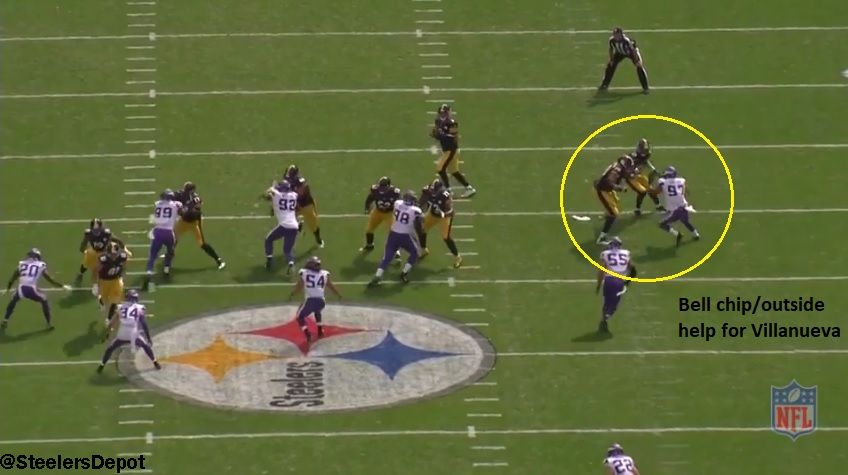 In hindsight, we found out Villanueva had been battling an illness throughout the week, losing 20 pounds. But we still have to blame someone for the sack and it’s an objectively bad rep.

It’s not often that I mark a sack on Todd Haley. But I think this one is clear. Steelers are in the red zone on third down. And Haley, unless Roethlisberger made a check, calls for playaction under center. We know Roethlisberger struggles more under center than he does out of the gun. And playaction, frankly, is just dumb. Not fooling anyone. If you want to run on 3rd and 7 when safeties get to naturally play closer to the LOS because it’s goal-line work, go right ahead.

And that puts Jesse James in a tough spot. Again, it’s Griffen, who can totally ignore the run fake and run after Roethlisberger. I get the Steelers will put tight ends on defensive ends but against these pass rushers? It’s a tall task and one he struggled at. I don’t get why James didn’t move his feet to try and reach Griffen, so that’s on him, but still, I don’t think anyone was put in a place to succeed on this one. Not James, not Roethlisberger, not the offense.

I will say that I am surprised Roethlisberger didn’t move more in the pocket after Griffen missed the first time or that Ben didn’t chuck the ball away. He’s gotta know Griffen is circling back around, that clock has to be screaming to get the ball out. Just lucky it wasn’t a fumble.

If you’re wondering, no one was open anyway. 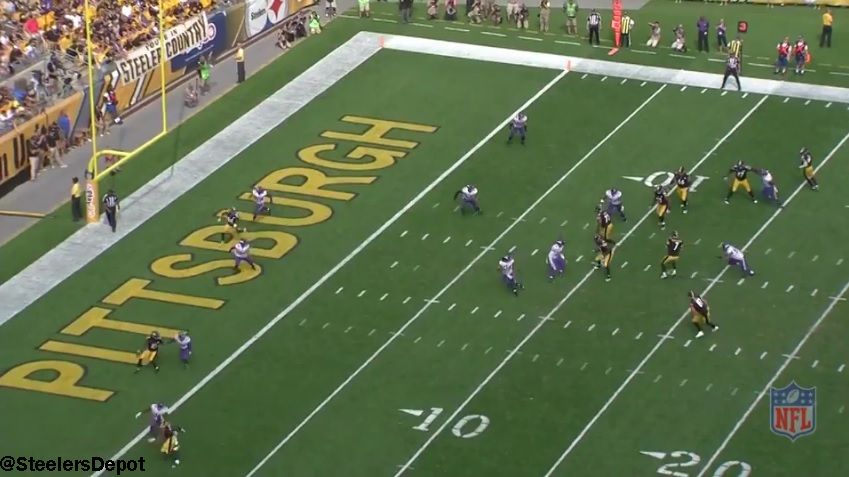 All in all, poor design leads to some predictable results.