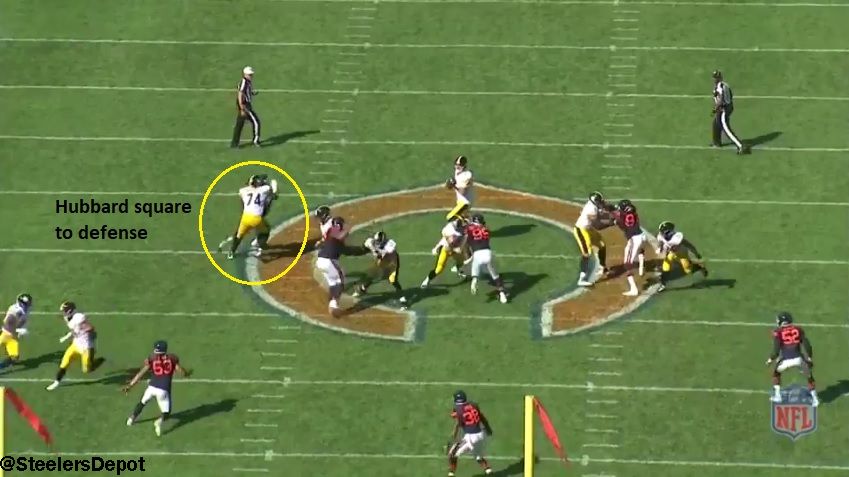 As we will do every week, breaking down the sacks the Pittsburgh Steelers allowed against the Chicago Bears. Three of them to examine this time around.

Ben Roethlisberger has pretty much already stole my thunder on what happened here. Spoiler alert: it’s his fault. Steelers in empty set and the offensive line slides left. Bears bring a NCB blitz away from the slide, meaning there’s no one to pick him up. Roethlisberger has to recognize that even though it’s five blocking vs five rushing, they’re outnumbered to that side. Alert for the ball to come out hit.

Instead, Roethlisberger holds onto the football and stares Antonio Brown down the left sideline. He’s bracketed, there’s nothing open, but Ben never moves off his read. You have Eli Rogers open backside, Jesse James sinking to the middle, that linebacker can be moved. Doesn’t happen, Roethlisberger is sacked, fumbled, and the Bears get the ball back. 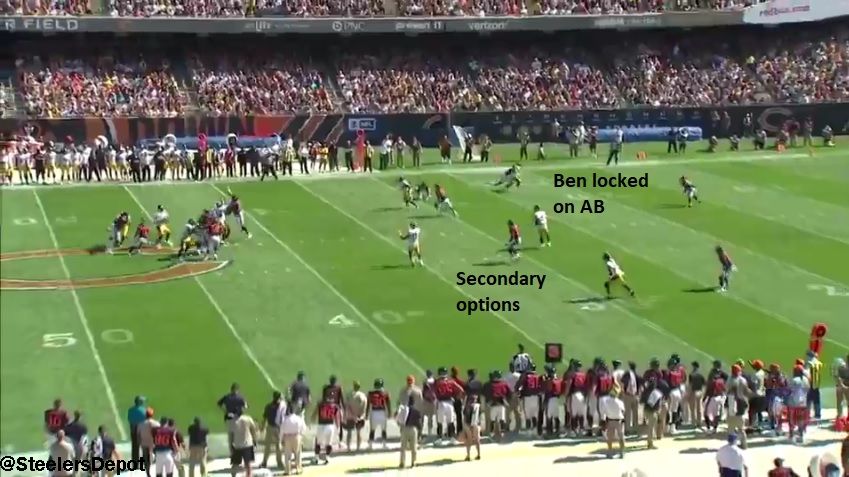 This comes back to the offensive line. Bad rep by RT Chris Hubbard. Pernell McPhee easily rips under Hubbard to win the edge. Hubbard struggles to mirror and get enough depth to prevent the rusher from reaching the “junction point,” the spot where the rusher must turn to meet the QB’s drop. Never a good sign to see your offensive linemen’s numbers square to the defense.

And that’s a big coaching point for Mike Munchak. Staying square to the block, being in a position where the QB can always read your number. Clearly, that’s not happening here. Down Ben goes. Lucky he didn’t suffer a serious ankle injury.

Ugly one to close things out. Three man rush and there’s pressure. Should never happen in a non-scramble drill. But it all comes back to a one-on-one matchup. Alejandro Villanueva on the RDE, Willie Young. Villanueva is at his best when he can use his hands, his punch, his power and size to win. He’s a house to try to get around and one reason why T.J. Watt struggled so much.

But when Villanueva seems to play more passive and doesn’t use his hands well enough, he gets himself into trouble. That looks like the issue here. Doesn’t get a good punch, hands outside, never gets into Young’s pads. 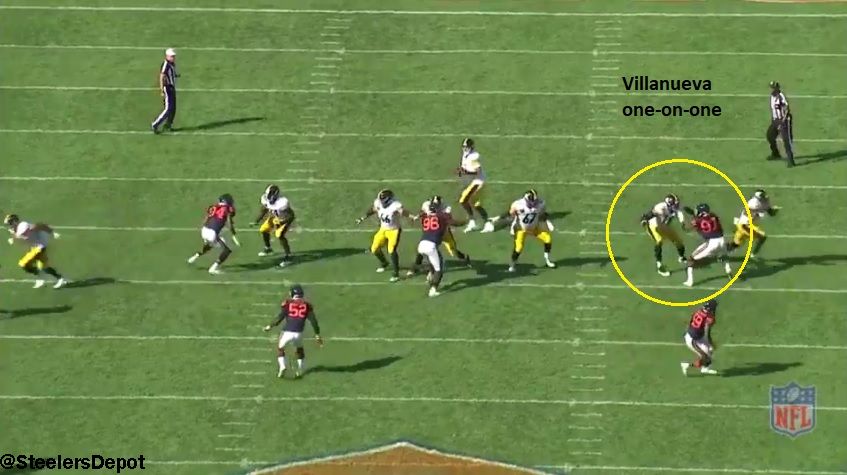 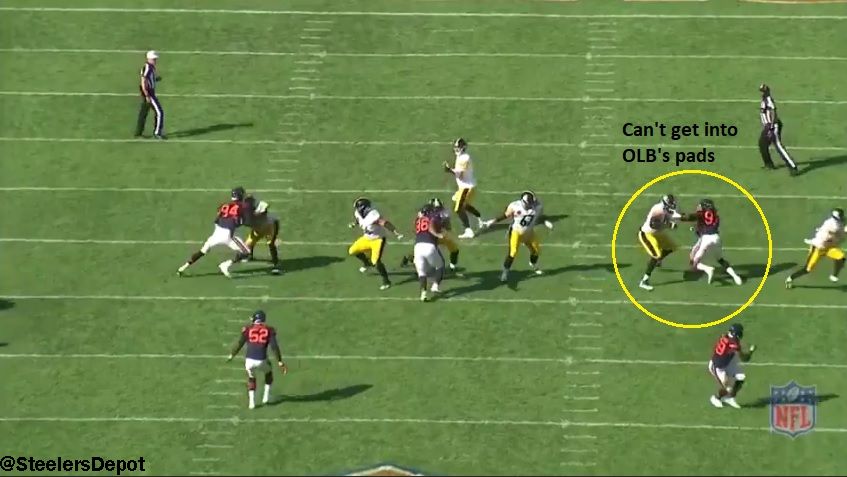 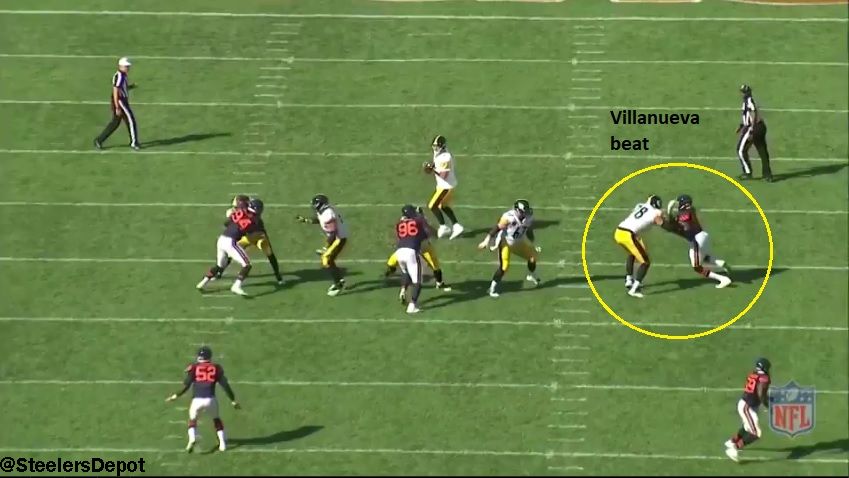 He’s able to keep himself clean, shed Villanueva, and dip under for the sack.