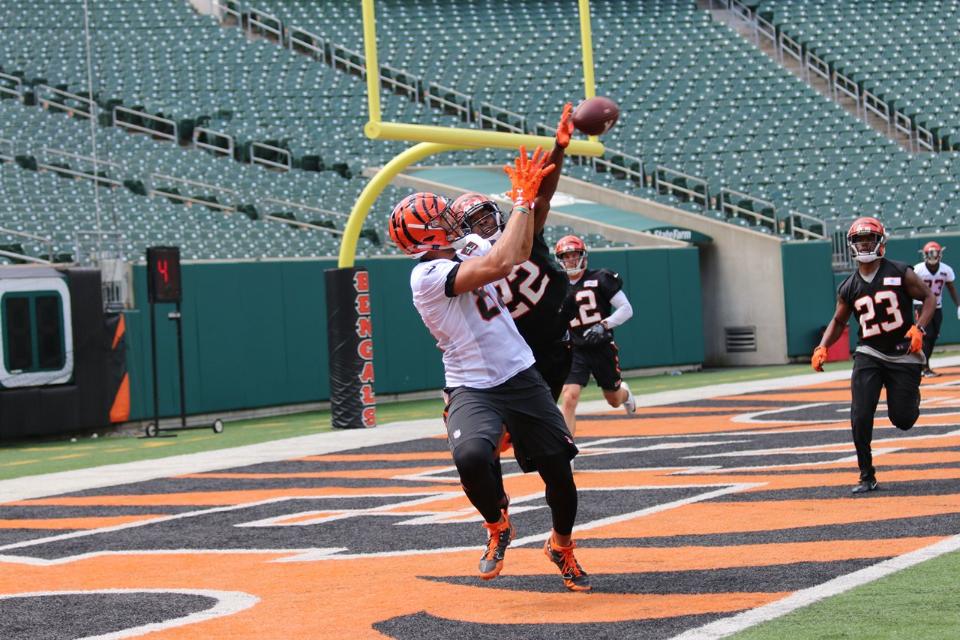 When the Cincinnati Bengals take the field on Sunday, they will be doing so without two of their most important, yet most controversial starters. Cornerback Adam Jones and middle linebacker Vontaze Burfict will be watching their season opener from the comfort of their own homes, because each of them will be serving a suspension while their team plays.

In the case of Jones, at least, it gives the Bengals a chance to check out a player they’ve been wanting to see for quite some time now, that being their 2016 first-round draft pick, William Jackson III. The cornerback suffered a season-ending injury even before he got into the preseason a year ago and spent his rookie season on injured reserve.

But he will be a starter, at least for one game, against the Ravens on Sunday, as he will be the one called upon to replace Jones, playing opposite Dre Kirkpatrick. This will of course be his first taste of meaningful NFL action, though he will be doing so going up against a wounded offense.

Jackson is likely a player that a lot of Steelers fans are interested in following because many wanted their team to draft him in the first round of the 2016 NFL Draft, only to see the Bengals take him right before it was their turn to pick. Pittsburgh did, obviously, draft cornerback Artie Burns with the next pick, and he started the back half of the season, intercepting three passes.

Now is the Bengals’ turn to get a taste of what they got in exchange for their first-round expenditure. It will be interesting to see how things play out following the opener regarding Jackson’s playing time, given that Cincinnati already has two starters at the position locked in, and I don’t know that the young player has any experience playing in the slot.

Head Coach Marvin Lewis was asked about what he saw from Jackson during the preseason, especially regarding his coverage abilities, and he said that the cornerback is “as good a guy as I’ve had an opportunity to be around. I said that from just a few days last year. I’ve been around a lot of guys that are very good at that, and William, as a young player, has that kind of ability”.

He did admit that there are some things they are trying to get Jackson caught up on and refining his game, but they seem rather confident that they will have a starter in waiting on their hands. Which will be a good thing, as Jones is likely on his way out.